Our Holy Father Gregory the Sinaite 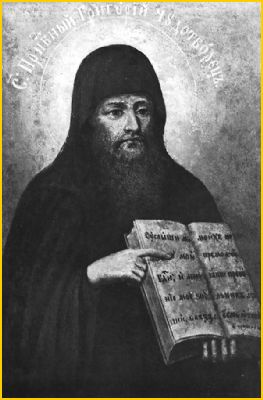 Saint Gregory of Sinai was born around the year 1268 in the seacoast village of Clazomenia near the city of Smyrna (Asia Minor), of rich parents. In about the year 1290, he was taken into captivity by the Hagarenes and sent off to Laodicea.

After gaining his freedom, the saint arrived on the island of Cyprus, where he was tonsured a monk. He set off afterwards to Mount Sinai and there assumed the great schema. Having fulfilled his obediences of cook and baker, and then as copyist, surpassing all in reading and knowledge of Scriptural and patristic books.

The strictness of his life (fasting, vigil, psalmody, standing at prayer) brought some to astonishment and others to envy. Departing the monastery, the monk visited Jerusalem. For some time he lived on the island of Crete, and afterwards he visited Mt. Athos with its monasteries and ascetics. In this way, he acquired the experience of many centuries of the monastic life from the ancient monasteries. Only after this did St Gregory the Sinaite settle himself in a solitary place for "hesychia" [stillness doing the Jesus Prayer], a cell for silence and the unhindered pursuit of mental prayer, combined with hard work.

He is renowned also as a remarkable hymnographer ("It is Truly Meet" is ascribed to him), and a canon to the Most Holy Trinity read at Sunday Vigil, and a canon to the Holy Cross. In a book of canons (from the year 1407) of St Cyril of White Lake (June 9) is found the "Canon of Supplication to the Lord Jesus Christ, the work of Gregory the Sinaite."

Because of his concern for the spreading of monasticism, the saint founded several cells on Athos, and also four monasteries in Thrace. St Gregory the Sinaite died in the year 1310 (some historians suggest the year 1346) at his so-called "Concealed" ("Parariseia") monastery, founded on Mt. Paroria on the west coast of the Black Sea for the strict followers of his life.

St Gregory is also commemorated on November 27 (his repose), February 11, and April 6.