Our Holy Father Or (St. Horus) 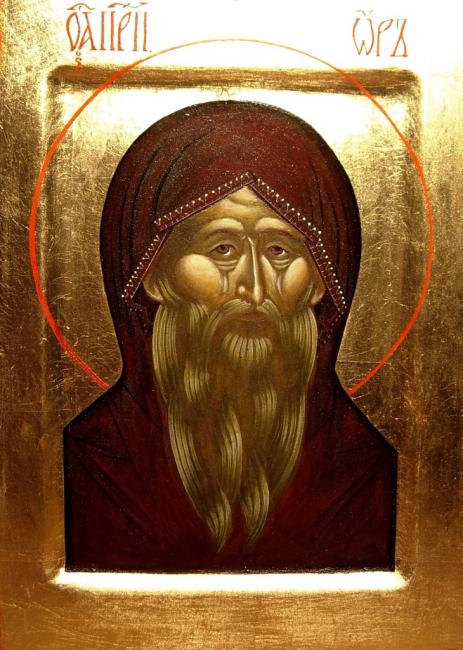 St Horus in his youth withdrew into the Thebaid desert and struggled in complete solitude for many years, leading the life of a strict hermit. Having advanced in years, St Horus was granted to see an angel, who announced that the Lord had destined him for the salvation of the many people who would seek his guidance.

After this, the monk began to accept everyone who came to him for advice and help. The Lord granted him a gift of reading the Holy Scriptures, despite the fact that the saint since childhood had not been taught reading and writing.

Gradually, a large monastery formed around St Horus, in which the holy Elder was the spiritual guide. The monk never entered the trapeza for food, nor did he eat on the day of partaking of the Holy Mysteries. He often taught the brethren by means of stories about the temptations which might beset a monk living in solitude. But he always told them in such a way that everyone would know that he was speaking of desert-dwellers personally known to him. The saint concealed his own ascetic exploits.

Once, when the saint still lived with only one disciple, he brought to the Elder's attention the approach of Holy Pascha. St Horus immediately stood up at prayer, and raising his hands, he stood thus for three days under the open sky, in unceasing prayer. He then explained to his disciple that for a monk every feastday, and especially Pascha, is celebrated by removing oneself from everything mundane, and lifting up one's mind to unity with God.

All the thoughts and deeds of his disciples was revealed to St Horus, and no one dared to lie to him. Having survived well into old age, St Horus founded several monasteries, comprising altogether as many as 1,000 monastics. He died at age 90 in about the year 390.