Reverence list of the Dormition Icon of the Mother of God 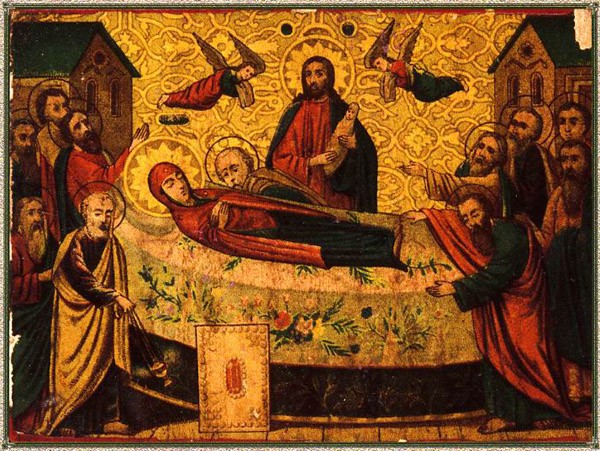 This wonderworking icon is in the men's Monastery of St. Paisius (refer to the Kostroma Diocese). It received its name from the Boyar Ovinov, to whom it wonderfully appeared on the shore of Lake Galicia, near the city of Galicia in the princedom of Dmitri of the Don River. On the spot of its appearance Ovinov built the Temple of the Dormition of the Mother of God.

It is found in Pskov Monastery of the Caves (refer to the Pskov Diocese), in which it was wonderfully revealed in 1472. Again it is glorified by miracles in 1523. See October 7.

This wonderworking icon representing the Dormition of the Mother of God was written by the Venerable Dionysius the Deaf in the XV century. Brought by hermits from its monastery it was put into the parish church of the Semigorodny District, beyond the Dvinsk River. After the terrible plague that devastated the Vologda District in XV century, the church stood in desolation for about 150 years. In 1593, through a special vision, the Starets Julian, from the family of Beloozero noblemen, found the icon and constructed a monastery on the spot where the holy icon was found. Now the icon is in the Tupichev Monastery, Mogilev Diocese. The icon is celebrated on the day of the Descent of the Holy Spirit.


The Mozdok Icon of the Mother of God

The Mozdok Icon of the Mother of God, a copy of the Iversk icon, was sent in the XIII Century by the holy empress Tamara as a gift to the newly-enlightened Christians of the Ossetian aul (village) of Mar'yam-Kadu. In 1768 this icon appeared remarkably on the banks of the Terek, not far from Mozdok. Bishop Gaii built a chapel for the icon. In 1796-1797 there was built at the place of the chapel a church in honour of the Uspenie (Dormition or Repose) of the MostHoly Mother of God, along which was soon founded a women's monastery (abolished together with the Mozdok diocese in 1799). At the end of the XIX Century the inhabitants of Mozdok built a splendid church in honour of the Mozdok-Iversk icon of the Mother of God. The Mother of God has repeatedly rendered speedy aid to the believing through Her holy icon.

This holy and wonderworking icon, by tradition, was wonderfully depicted on a board, in which the Mother of God put her figure, and was brought by the Holy Apostle Andrew the First-called to Iberia. Today it is in the Gaiane Cathedral, near Kutais. There the former Princess Saint Tamara had another Holy Icon of the Mother of God that today is called Gaiane.

It is found in the Tsilkani Temple of the Theotokos, in Kartli (Georgia), written on a board from the Bethlehem manger and is contemporary with St. Nina, the enlightener of Georgia (January 14).

Icon of the Mother of God "Vlakhernsk"

It is in the Quabtahev Monastery, in the middle of Kartli (Georgia).

Icon of the Mother of God "Vladimirsko-Rostovsky" (12th c.)

It was written in the XII century by the Venerable Alypius of the Monastery of the Caves and now is found in the Rostov Dormition cathedral.

The Icon of the Mother of God of Galich-Chukhlomsk "Tenderness" [Umilenie] appeared in the year 1350 to the Monk Avraam of Galich, having come there from the north for ascetic deeds with the blessing of the Monk Sergei of Radonezh. On the wild shores of the Galich lake near the large mountain, hidden in the dense forest, he turned with prayer to the Mother of God, asking Her blessing for his labours. After prayer the monk sat at rest and suddenly there appeared on the nearby mountainside a bright light and he heard a voice: "Avraam, come up the mountain, where is set an icon of My Mother". The monk went up the mountain where the light shone, and indeed on a tree found an icon of the Mother of God with the Praeternal Infant. With tenderness and in gratitude to God, the holy ascetic took the revealed image and, strengthened by prayers to the MostHoly Mother of God, he built a the blessed place a chapel, in which he put the icon. After a certain length of time the Galich prince Dimitrii Feodorovich, having learned about a trip of the elder, turned to him with a request to bring the icon. The Monk Avraam rowed across the Galich lake in a boat and, accompanied by clergy and a throng of people, he took the wonderworking icon to the cathedral church of the city of Galich. On this day a large number of the sick were healed from this icon. When the Monk Avraam told about the appearance of the icon, the prince offered money for the building of a monastery. Soon there was built a church in honour of the Dormition of the MostHoly Mother of God, around which arose a monastery. Afterwards the Monk Avraam founded several more monasteries, the last being founded was the Chukhlomsk, not far from the city of Chukloma, – from the name of this monastery the ascetic was named "of Chukhlomsk", and the wonderworking icon took on the name "Galich-Chukhlomsk. The commemoration of this icon is also on 28 May and 15 August. 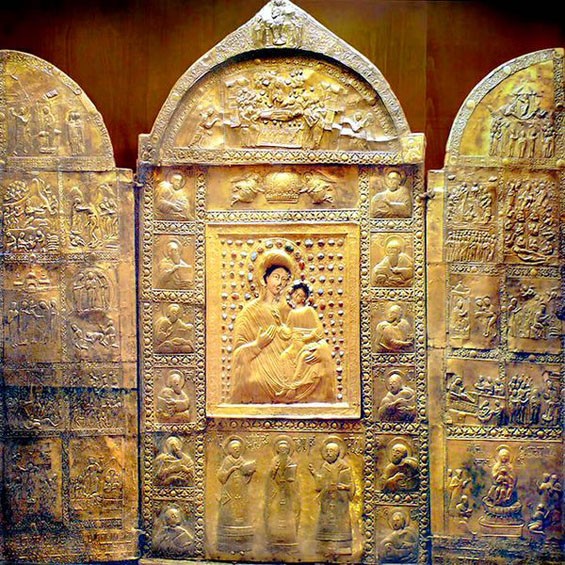 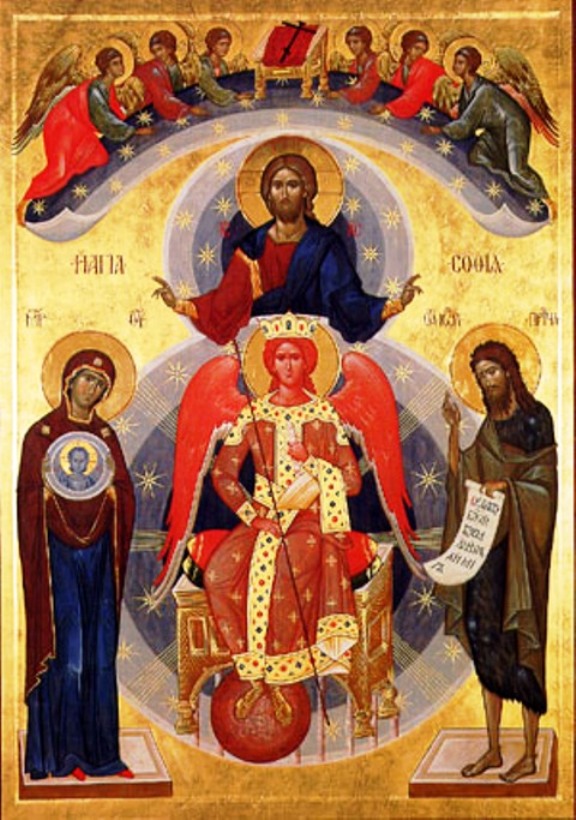 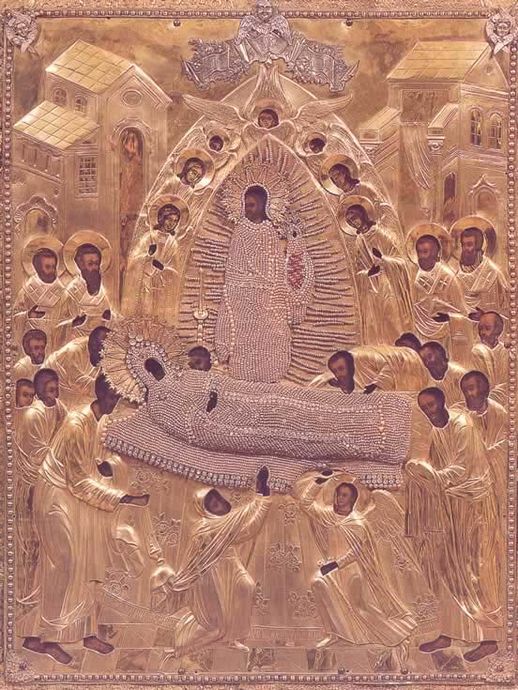 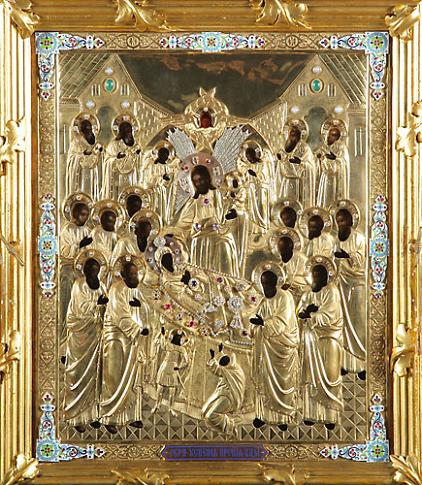