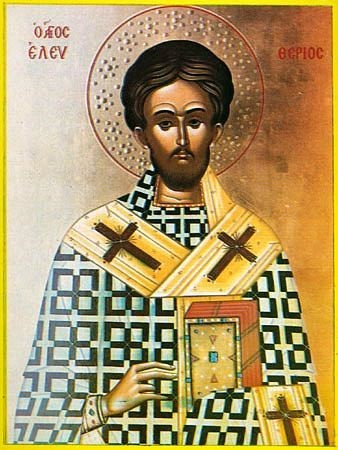 The Holy Martyr Eleutherius served as the cubicularius (bed-chamberlain) at the court of the emperor Maximian Hercules (284-305). When he accepted Christianity, he then settled on a country estate, and built a church at his home. One of the servants reported to the emperor, that Eleutherius had become a Christian. The emperor ordered the saint to offer pagan sacrifice. The saint refused and for this he was beheaded. The relics of Saint Eleutherius were situated at Constantinople, and afterwards transferred to Italy, in the city of Theato.