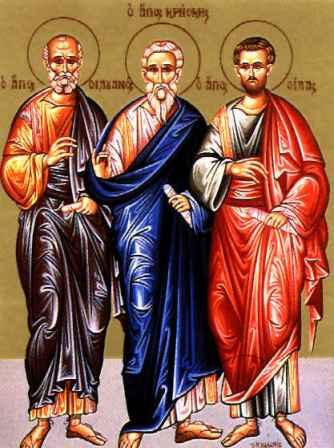 The Holy Apostles of the Seventy Silas, Silvanus, Crescens, Epenetus and Andronicus were disciples of the Savior.

St Silas was a respected figure in the original Church at Jerusalem, one of the "chief men among the brethren" (Acts 15:22). The Council of the Apostles was convened at Jerusalem in the year 51 to deal with the question of whether Gentile Christian converts should be required to observe the Mosaic Law. The Apostles sent a message with Paul and Barnabas to the Christians of Antioch, giving the decision of the Council that Christians of Gentile origin did not have to observe the prescriptions of the Mosaic Law. Nonetheless, they were told that they must refrain from partaking of foods offered to idols, from things strangled and from blood, to refrain from fornication (Acts 15:20-29). Together with Sts Paul and Barnabas, the Council of the Apostles sent Sts Silas and Jude to explain the message in greater detail, since they both were filled with the grace of the Holy Spirit. St Jude was later sent back to Jerusalem, but St Silas remained at Antioch and zealously assisted St Paul, the Apostle to the Gentiles, on his missionary journeys preaching the Gospel. They visited Syria, Cilicia, Macedonia.

In the city of Philippi they were accused of inciting unrest among the people, and for this they were arrested, beaten with rods, and then thrown into prison. At midnight, when the saints were at prayer, suddenly there was a strong earthquake, their chains fell off from them and the doors of the prison opened. The prison guard, supposing that the prisoners had fled, wanted to kill himself, but was stopped by the Apostle Paul. Then, he fell down trembling at the feet of the saints, and with faith accepted their preaching about Christ. He then led them out of the prison and took them to his own home, where he washed their wounds, and was baptized together with all his household.

From Philippi Sts Paul and Silas proceeded on to the cities of Amphipolis, Apollonia and Thessalonica. In each city they made new converts to Christ and built up the Church.

At Corinth the holy Apostle Silas was consecrated as bishop, and worked many miracles and signs, and there he finished his life.

Holy Apostles Silas and Silvanus,
entreat the merciful God
to grant our souls forgiveness of transgressions.

You were revealed to be branches of the vine of Christ, O wise ones,
bearing clusters of virtues that pour out on us the wine of salvation.
Receiving it, we are filled with gladness,
and we celebrate your most honored memory, apostles of the Lord, Silas and Silvanus.
Therefore, intercede that great mercy and remission of sins may be granted to us. 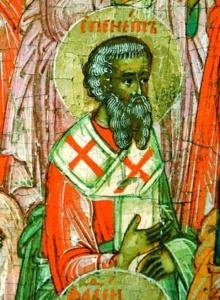 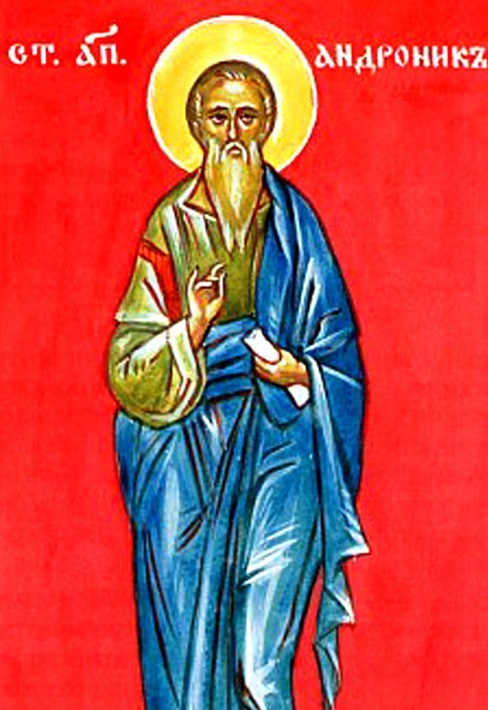