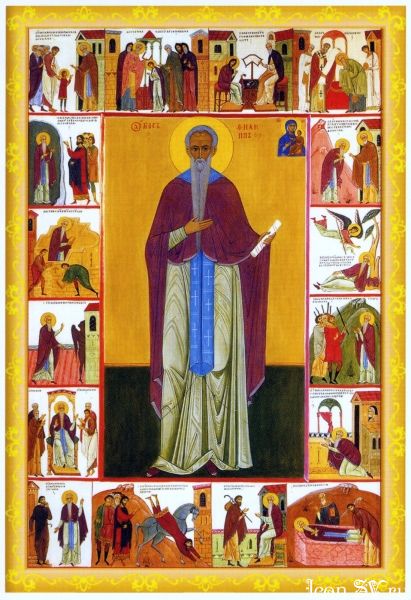 The Monk Philip, in the world Theophil, was the founder of the Irapsk wilderness-monastery. As an orphan not remembering his parents and going around, the 12 year old Theophil settled near the Komel'sk monastery and lived on charity. The Monk Kornilii (Comm. 19 May) accepted the pious youth into the monastery and after three years tonsured him a monk with the name Philip. Meek, humble and hard-working, at the request of the brethren he was deigned the priesthood. His striving for greater efforts led him to withdraw to the Belozersk outskirts. Here, having the patronage of prince Andrei Sheleshpansky – who had allotted him land near the River Irapa, 45 versts from Cherepovets – the monk built a chapel in the Name of the MostHoly Trinity and made for himself a cell. News about the holy wilderness-dweller spread throughout all the surroundings, and monks began to flock to him. Soon at the place of the chapel was built a church in the Name of the Holy Life-Originating Trinity. The Monk Philip dwelt in the wilderness for 15 years and died at age 45. His relics were placed beneathe a crypt in the Trinity temple. Over his grave was an icon, written through a vision by the monk Theodosii. Soon after the death of Saint Philip, at the place of his efforts arose the Krasnoborsk Philippov monastery.
The celebration of the Monk Philip was established at the end of the XVI Century. The manuscript service to him is dated from the end XVI Century. 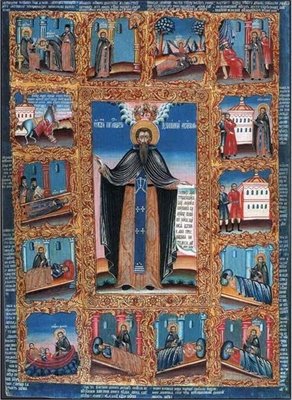