Martyrs Auctus, Taurion, and Thessalonica at Amphipolis in Macedonia

Saint Thessalonikia was the daughter of a pagan priest. When the impious father learned that his daughter was become a Christian, he ruthlessly beat her and threw her out of the house, bereft of any means of providing for herself. Saints Auktos and Taurion attempted to intercede for the girl and to reason with the embittered father. The pagan priest denounced them both to the authorities, and they were arrested. Having confessed their faith in Christ afront the torturers and having undergone cruel tortures, the saints were then beheaded. Soon after their martyr's death, Saint Thessalonikia also died. Her body was reverently buried in the city of Amphypolis in Macedonia, together with the holy Martyrs Auktos and Taurion. 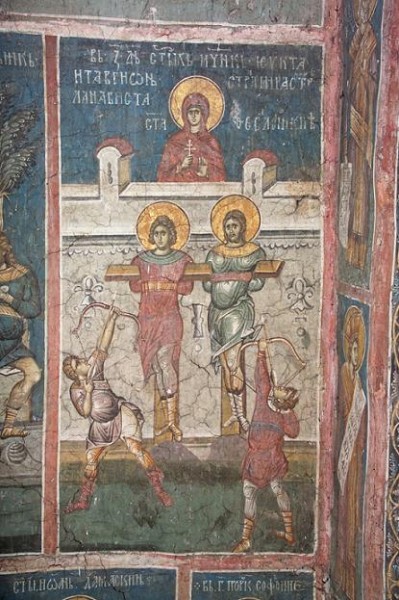