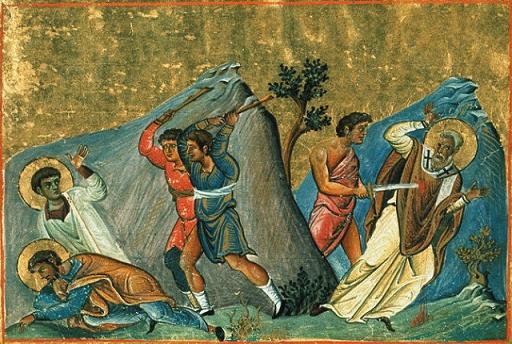 The PriestMartyr Milios, Bishop of Persia, and his two Disciples, lived during the IV Century. The holy Martyr Milios was banished from the city of Suza, where his bishop's cathedra was situated. By his pious and ascetic life he was vouchsafed gifts of prophecy and healing. The saint suffered in the year 341 with two if his students, Abrosim and Sinos [trans. note: this text variance of name from the header above is in the Russian original, perhaps reflecting alternate Graeco-Russian transcriptions of Persian names], in their native city of Suza. They returned there after long wanderings and brought many to Christ.