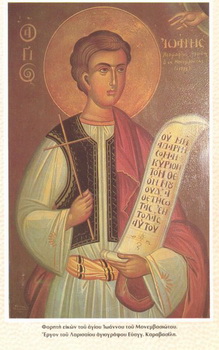 Saint John was from Monembasia in the Peloponnese. At that time the region was under the Turkish yoke and subject to frequent raids from Albanians who captured Christians to sell them as slaves. In the course of one such attack, John's father was killed and the young boy and his mother were taken as captives to Larissa, where they were sold to a Turk from Thessalonica. This man, who had no son, wanted to adopt John and make him a Muslim. But nothing was able to persuade the fifteen-year-old youth: attractive promises, threatened beatings, the magic arts the Turk's wife used to make him lose his chastity, all were in vain. John remained as immovable as a rock and preferred to starve for days on end than break the fasts of the Church. The Turk became enraged at his failure to prevail over his young slave, and ran a sword into his stomach. For two days John suffered in agony before he departed to the abode of the blessed. 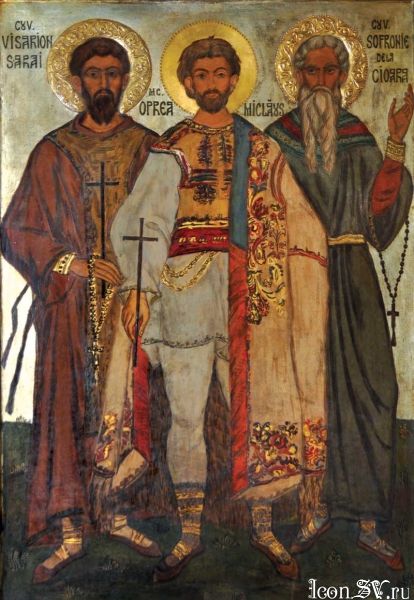