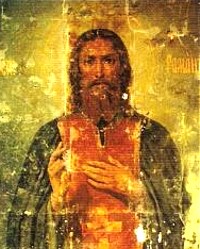 The Monk Roman of Kirzhachsk was a co-ascetic and student of the Monk Sergei, Hegumen of Radonezh (Comm. 25 September and 5 July). The Monks Sergei and Roman in the forests of Vladimir governance at the River Kirzhach built there a church in honour of the Annunciation of the MostHoly Mother of God, and established a new monastery (in 1371). Three years later, with the blessing of Saint Alexei, Metropolitan of Moscow (Comm. 12 February), the Monk Sergei returned to the Troitsky-Trinity monastery, and the Monk Roman remained to head the newly-created wilderness monastery.
Ordained to the priestly dignity by Saint Alexei, the new head of the Annunciation monastery with great zeal fulfilled the precepts of his spiritual father and teacher – the Monk Sergei. A zealous ascetic, a good and demanding instructor, the Monk Roman was an example for all the brethren.
The saint died on 29 July 1392 and was buried in the Annunciation temple. In the manuscripts of the Saints, the Monk Roman is numbered amongst the Saints and is called a wonderworker. 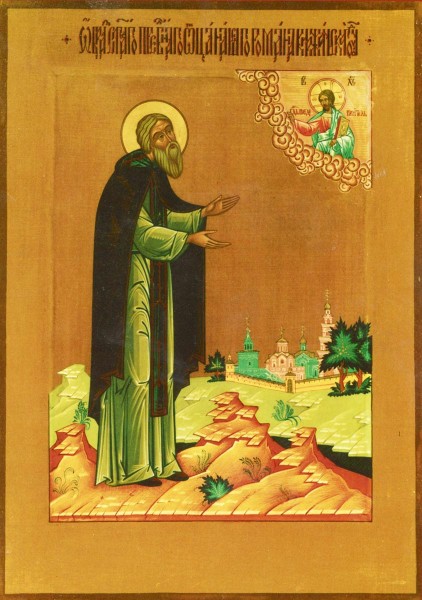