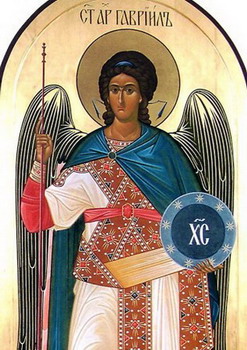 Synaxis of the Holy Archangel Gabriel: The Archangel Gabriel was chosen by the Lord to announce to the Virgin Mary about the Incarnation of the Son of God from Her, to the great rejoicing of all mankind. Therefore, on the day after the Feast of the Annunciation, the day on which the All-Pure Virgin is glorified, we give thanks to the Lord and we venerate His messenger Gabriel, who contributed to the mystery of our salvation.

Gabriel, the holy Archistrategos (Leader of the Heavenly Hosts), is a faithful servant of the Almighty God. He announced the future Incarnation of the Son of God to those of the Old Testament; he inspired the Prophet Moses to write the Pentateuch (first five books of the Old Testament), he announced the coming tribulations of the Chosen People to the Prophet Daniel (Dan. 8:16, 9:21-24); he appeared to St Anna (July 25) with the news that she would give birth to the Virgin Mary.

The holy Archangel Gabriel remained with the Holy Virgin Mary when She was a child in the Temple of Jerusalem, and watched over Her throughout Her earthly life. He appeared to the Priest Zachariah, foretelling the birth of the Forerunner of the Lord, St John the Baptist.

The Lord sent him to St Joseph the Betrothed in a dream, to reveal to him the mystery of the Incarnation of the Son of God from the All-Pure Virgin Mary, and warned him of the wicked intentions of Herod, ordering him to flee into Egypt with the divine Infant and His Mother.

When the Lord prayed in the Garden of Gethsemane before His Passion, the Archangel Gabriel, whose very name signifies "Man of God" (Luke. 22:43), was sent from Heaven to strengthen Him.

The Myrrh-Bearing Women heard from the Archangel the joyous news of Christ's Resurrection (Mt.28:1-7, Mark 16:1-8).

Mindful of the manifold appearances of the holy Archangel Gabriel and of his zealous fulfilling of God's will, and confessing his intercession for Christians before the Lord, the Orthodox Church calls upon its children to pray to the great Archangel with faith and love.

The Synaxis of the Holy Archangel Gabriel is also celebrated on July 13. All the angels are commemorated on November 8.

Gabriel, commander of the heavenly hosts,
we who are unworthy beseech you,
by your prayers encompass us beneath the wings of your immaterial glory,
and faithfully preserve us who fall down and cry to you:
"Deliver us from all harm, for you are the commander of the powers on high!"

Supreme commander Gabriel,
you are the glorious intercessor and servant
before the all-radiant, worthy, all-powerful, infinite and awesome Trinity.
Ever pray now that we may be delivered from all tribulations and torments,
so that we may cry out to you:
"Rejoice, protection of your servants!" 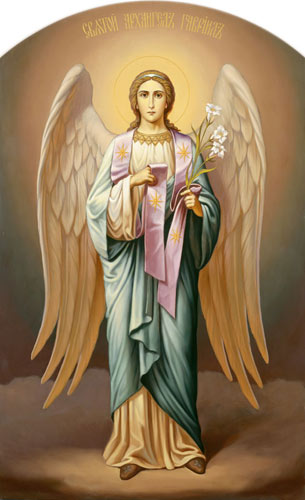 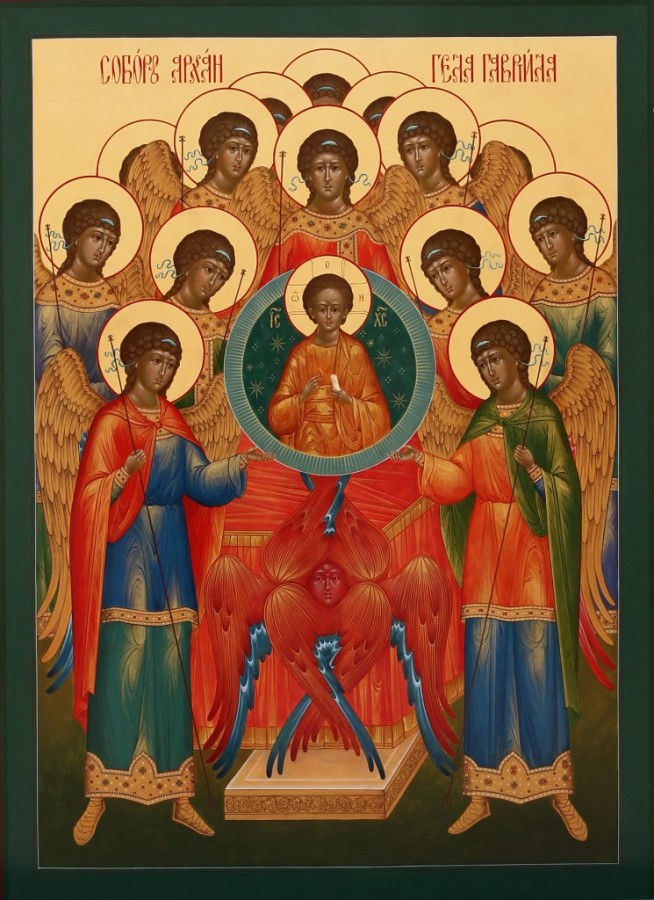 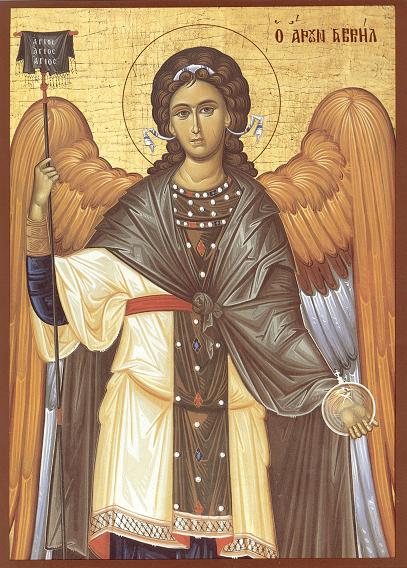