Martyrs Philetas the Senator, his wife Lydia, and others (125). 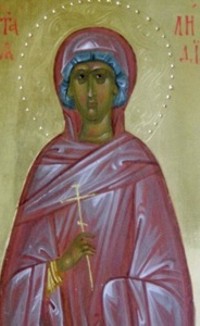 Martyrs Philetos, his wife Lydia, their sons Macedonos and Theoprepios, together with Cronides and Amphylokios: Saint Philetos was an illustrious dignitary at the court of the emperor Adrian (117-138), a persecutor of christians. For openly confessing his faith in Christ the Saviour, Saint Philetos – together with his wife Saint Lydia and their sons Macedonos and Theoprepios – was brought to trial. By order of Adrian, Saint Philetos was sent off with his family to Illyria to the military-governor Amphylokios to subject them to torture. This one gave orders to suspend them from a tree and torture them with knives. After this act of martyrdom they were locked up in prison with the believing head-jailer Cronides. An Angel came to them by night and eased their sufferings. On the following day the martyrs were plunged into a cauldron of boiling oil, but the oil cooled down instantly, and the saints remained unharmed. The military-governor Amphylokios was so astonished at this miracle, that he himself believed on Christ and went into the boiling oil with the prayer "Lord, Jesus Christ, help me!" – and remained alive. The tortures were repeated when the emperor Adrian came to Illyria. They threw the holy martyrs again and again into the boiling oil, and by the power of God they remained alive.
The humiliated emperor returned to Rome, and the holy martyrs began to give thanks and praise God and in prayer they offered up to Him their holy souls (+ c. 117-138). 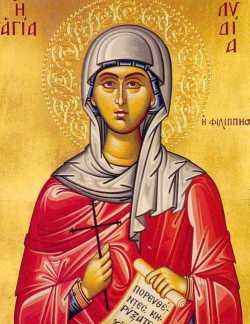