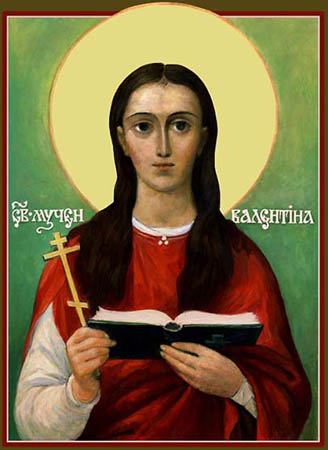 The Holy Virgin-Martyrs Hennatha, Valentina and Paula suffered in the year 308 under the emperor Maximian II Galerius (305-311). Saint Hennatha came from the city of Gaza (in the south of Palestine), Saint Valentina was a native of Palestinian Caesarea, and Saint Paula – from the surroundings of Caesarea.
Saint Hennatha was the first to be brought to trial before the governor Fermilian, bravely declaring herself a Christian. They beat her, and then they suspended her from a pillar and began to scourge her.
Saint Valentina, accused of not worshipping the gods, was led to a pagan temple for an offering of sacrifice, but she bravely hurled a stone at the sacrifice and turned her back on the burning of it with fire. They mercilessly beat her and sentenced her together with Saint Hennatha to beheading with a sword.
Last of all there was brought Saint Paula, whom they subjected to many torments. She endured them however by the help of God with great patience and courage. Before death Paula gave thanks to the Lord for strengthening her in the deed, and having bowed to the christians present, bent her neck beneathe the sword. 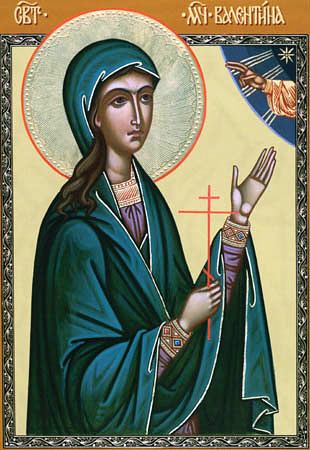