Our Holy Father, the Martyr Lucian, Presbyter of Antioch 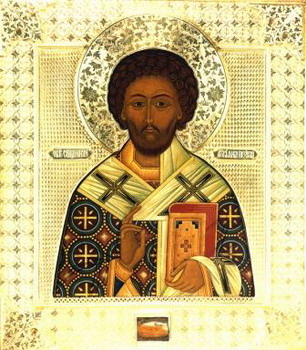 The Hieromartyr Lucian, Presbyter of Antioch, was born in the Syrian city of Samosata. At twelve years of age he was left orphaned. Lucian distributed his possessions to the poor, and went to the city of Edessa to the confessor Macarius, under the guidance of whom he diligently read Holy Scripture and learned the ascetic life. For his pious and zealous spreading of Christianity among the Jews and pagans, Lucian was made a presbyter.

In Antioch St Lucian opened a school where many students gathered. He taught them how to understand the Holy Scriptures, and how to live a virtuous life. St Lucian occupied himself with teaching, and he corrected the Greek text of the Septuagint, which had been corrupted in many places by copyists and by heretics who deliberately distorted it in order to support their false teachings. The entire Greek text of the Bible which he corrected was hidden in a wall at the time of his confession of Christ, and it was found during the lifetime of St Constantine the Great.

During the persecution of Diocletian, St Lucian was arrested and was sent to prison in Nicomedia, where for nine years he encouraged other Christians with him to remain steadfast in their confession of Christ, urging them not to fear tortures or death.

St Lucian died in prison from many terrible tortures and from hunger. Before his death, he wished to partake of the Holy Mysteries of Christ on the Feast of Theophany. Certain Christians who visited him brought bread and wine for the Eucharist. The hieromartyr, bound by chains and lying on a bed of sharp potsherds, was compelled to offer the Bloodless Sacrifice upon his chest, and all the Christians there in prison received Communion. The next day the emperor sent people to see if the saint was still alive. St Lucian said three times, "I am a Christian," then surrendered his soul to God. The body of the holy martyr was thrown into the sea, but after thirty days dolphins brought it to shore. Believers reverently buried the body of the much-suffering St Lucian.

St Lucian was originally commemorated on January 7, the day of his death. Later, when the celebration of the Synaxis of St John the Baptist was appointed for this day, the feast of St Lucian was transferred to October 15. The October date may be associated with the dedication of a church which was built in Antioch by St Helen (May 21) over St Lucian's holy relics.

It may be that the Russians thought of St Lucian as a bishop because of his importance to the Church, and so that is how they depicted him. Similarly, St Charalampus (February 10) is depicted as a priest in Greek icons, and as a bishop in Russian icons.

Radiant with the Spirit,
You taught true knowledge of the true faith;
A trainer of martyrs, O Lucian,
You were glorified in contest.
Intercede with Christ our God that he may grant us great mercy!

Your holy martyr Lucian, O Lord,
through his suffering has received an incorruptible crown from You, our God.
For having Your strength, he laid low his adversaries,
and shattered the powerless boldness of demons.
Through his intercessions, save our souls!

We honor you with hymns of glory,
Lucian, the radiant star.
You first became radiant by your detachment from the things of this world;
then you were raised up by your struggle.
Unceasingly pray for us all. 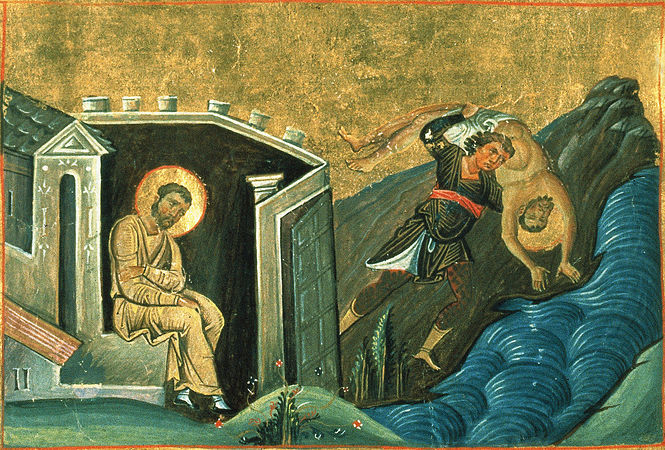