Our Holy Father Marcian of Cyrus 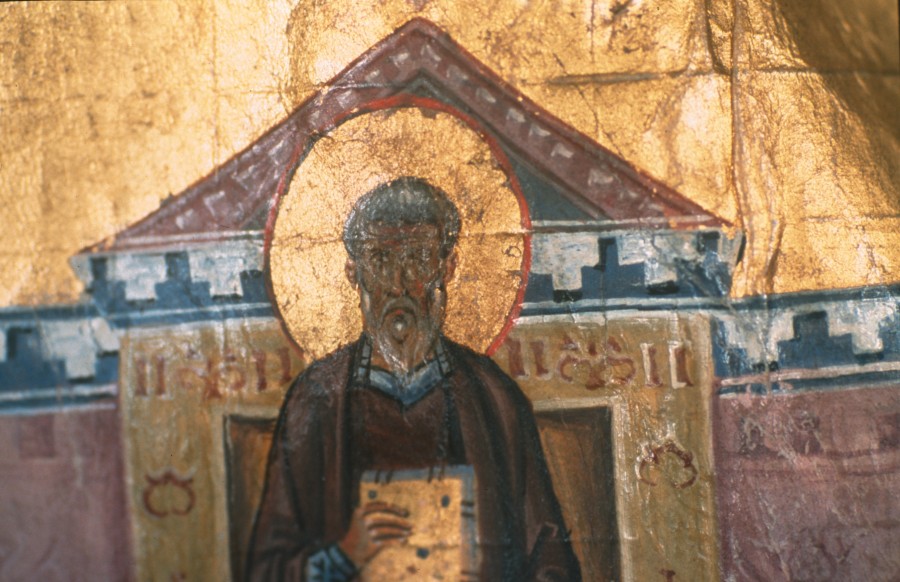 Saint Marcian of Cyrrhus lived during the fourth century. He went into the desert, where he lived for many years in solitude, unceasing prayer, and strict fasting. He built a small cell, and settled in it. The saint never lit candles for reading at night when he fulfilled his Rule of prayer, for the cell was filled with a divine light.

After several years the monk accepted two disciples, settling them beside him, but he continued to live as a hermit. The Patriarch Flavian of Antioch (February 18) and other bishops entreated the monk to abandon his strict solitude for the benefit of Christians, but he would not agree.

However, while not quitting his cell, he taught those coming to him for instruction and he turned many away from heresy and led them to the Orthodox Faith. Before his end, St Marcian instructed his disciple Eusebius to bury him secretly far from his cell, in order to shun posthumous glory and avoid contention among those wanting his relics for nearby churches. St Marcian died in the year 388.