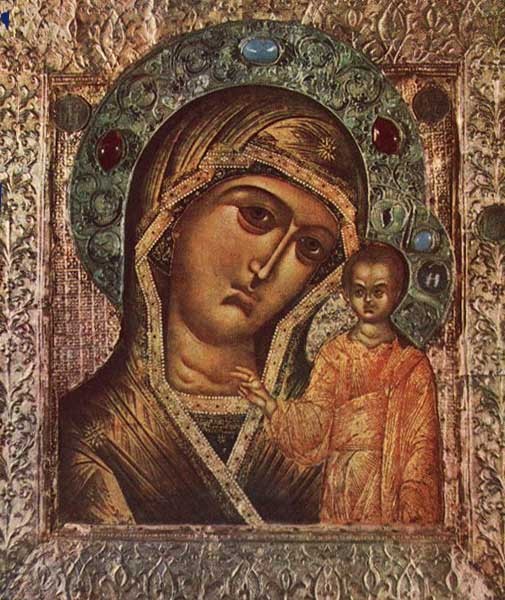 In the time of Prince Vasilii Ivanovitch, Moscow was occupied by the Lithuanians and Russia was in great despair. Then St Sergius of Radonezh appeared to a captured bishop, Arsenius, and promised him that Moscow would, on the following day, be cleansed of Lithuanians by the power and prayers of the Most Pure. And so it came about. The following day, the Lithuanians fled from the city, and the Russian army entered Moscow. The whole people, with tears of joy, glorified God and His most holy Mother.