The Hieromartyr Benjamin the Deacon 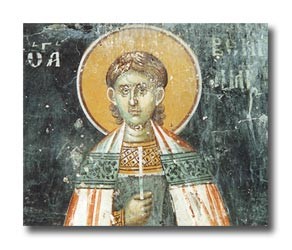 This soldier of Christ was a Persian, and, zealously preaching the Gospel, brought many pagans, both Persians and Greeks, to the Christian faith. He suffered in the time of the Persian King Yezdegeherd, in about 412. When he was thrown into prison, one of the king's nobles pleaded for him to the king. The king was willing to let him go free, on condition that he kept silent and spoke no more to the people about Christ. To this, Benjamin replied: "I cannot possibly do that. Those who hide the talent they have received will be given over to greater suffering", and he continued to spread the Christian faith. The king then ordered that thorns be driven under his nails, and had him tortured until he gave his soul into God's hands.