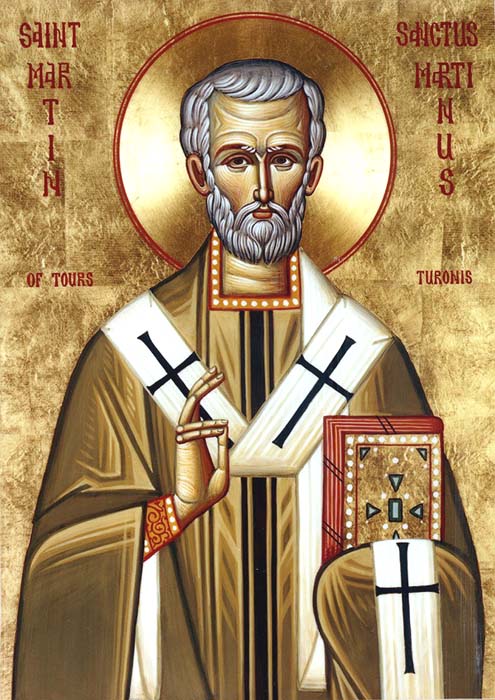 Saint Martin the Merciful, Bishop of Tours, was born at Sabaria in Pannonia (modern Hungary) in 316. Since his father was a Roman officer, he also was obliged to serve in the army. Martin did so unwillingly, for he considered himself a soldier of Christ, though he was still a catechumen.

At the gates of Amiens, he saw a beggar shivering in the severe winter cold, so he cut his cloak in two and gave half to the beggar. That night, the Lord Jesus Christ appeared to the saint wearing Martin's cloak. He heard the Savior say to the angels surrounding Him, "Martin is only a catechumen, but he has clothed Me with this garment." The saint was baptized soon after this, and reluctantly remained in the army.

Two years later, the barbarians invaded Gaul and Martin asked permission to resign his commission for religious reasons. The commander charged him with cowardice. St Martin demonstrated his courage by offering to stand unarmed in the front line of battle, trusting in the power of the Cross to protect him. The next day, the barbarians surrendered without a fight, and Martin was allowed to leave the army.

He traveled to various places during the next few years, spending some time as a hermit on an island off Italy. He became friendly with St Hilary, Bishop of Poitiers (January 14), who made Matrin an exorcist. After several years of the ascetic life, St Martin was chosen to be Bishop of Tours in 371. As bishop, St Martin did not give up his monastic life, and the place where he settled outside Tours became a monastery. In fact, he is regarded as the founder of monasticism in France. He conversed with angels, and had visions of Sts Peter and Paul (June 29) and of other saints. He is called the Merciful because of his generosity and care for the poor, and he received the grace to work miracles.

After a life of devoted service to Christ and His Church, the saint fell ill at Candes, a village in his diocese, where he died on November 8, 397. He was buried three days later (his present Feast) at Tours. During the Middle Ages, many Western churches were dedicated to St Martin, including St Martin's in Canterbury, and St Martin-in-the-Fields in London.

St Martin's name appears on many Greek and Russian calendars. His commemoration on October 12 in the Russian calendar appears to be an error, since ancient sources give the November date. 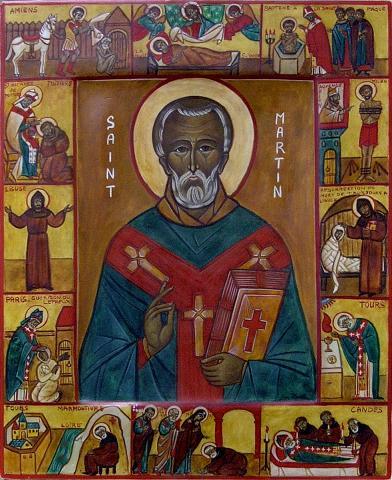 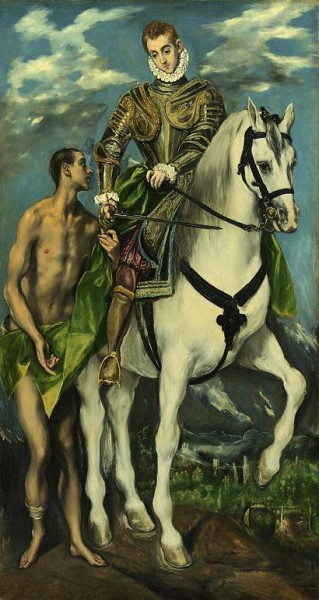