The Holy Martyrs Carpus and Papylus 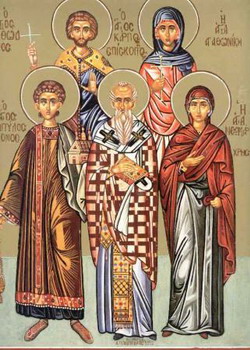 The Martyrs Carpus, Papylus, Agathodorus and Agathonike suffered at Pergamun during the persecution of Decius in the third century.

The governor of the district where the saints lived discovered that Carpus and Papylus did not celebrate the pagan festivals. He ordered that the transgressors be arrested and persuaded to accept the Roman pagan religion. The saints replied that they would never worship false gods. The judge then ordered them to be bound in iron chains and led through the city, and then to be tied to horses and dragged to the nearby city of Sardis.

During his life St Papylus was known for his gift of curing the sick. Since his martyrdom, he has granted healing to all who pray to him with faith.

Your holy martyr Carpus and his companions, O Lord,
through their sufferings have received incorruptible crowns from You, our God.
For having Your strength, they laid low their adversaries,
and shattered the powerless boldness of demons.
Through their intercessions, save our souls

Podoben: "As You were voluntarily raised..."
The Master has granted your relics to those on earth
as a precious treasure and a fountain flowing with streams of healings;
they cleanse diseases of every kind
and give grace to souls in a never-ending stream;
and so with one accord we celebrate your feast with love, Carpus and Papylus. 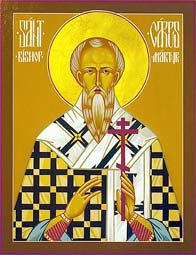 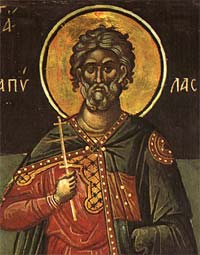 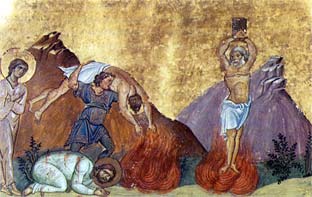