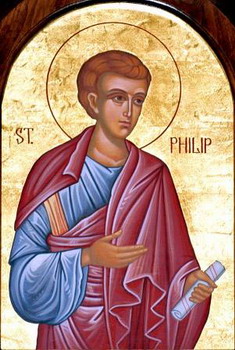 Holy Apostle Philip of the Seventy, one of the 7 Deacons is not to be confused with St Philip one of the Twelve Apostles (November 14). This Philip was born in Palestine, was married and had children.

After the Descent of the Holy Spirit, the Twelve Apostles made Philip a deacon in the Church of Jerusalem. Along with the other six deacons, they appointed him to deal with the offerings of the faithful and attend to the concerns of the widowed, the orphaned and the needy. The eldest among the seven deacons was the holy Archdeacon Stephen. When the persecution of Christians began, the Jews stoned the Protomartyr Stephen. The Apostle Philip left Jerusalem and settled in Samaria. There he successfully preached Christianity. Among the disciple's converts was the noted magician Simon, who "after being baptized, continued with Philip." (Acts 8:9-13)

At the command of an angel of the Lord, St Philip set out upon the road connecting Jerusalem with Gaza. There he met an official of the empress of Ethiopia, whom also he converted to Christianity (Acts 8:26-39). The holy disciple Philip tirelessly preached the Word of God in many of the lands of the Near East adjoining Palestine. At Jerusalem the Apostles made him a bishop and sent him to Tralles in Asia Minor, where he also baptized many. St Philip died in old age.

Filled with divine grace,
you served God the Word as a deacon of the Church, O Apostle Philip.
By the working of miracles and by signs from God
you enlightened the multitudes of Samaria.
O blessed one, entreat Christ our God to grant us His great mercy.

Podoben: "Today You have shown forth..."
Inspired by the All-Holy Spirit,
you enlightened the entire world by your teachings and resplendent miracles,
Apostle Philip, sacred initiate. 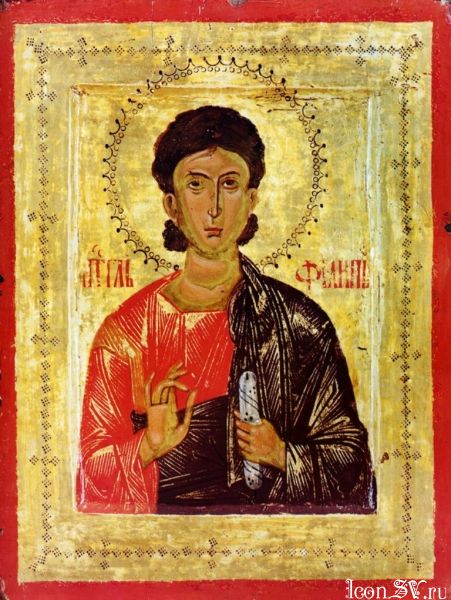 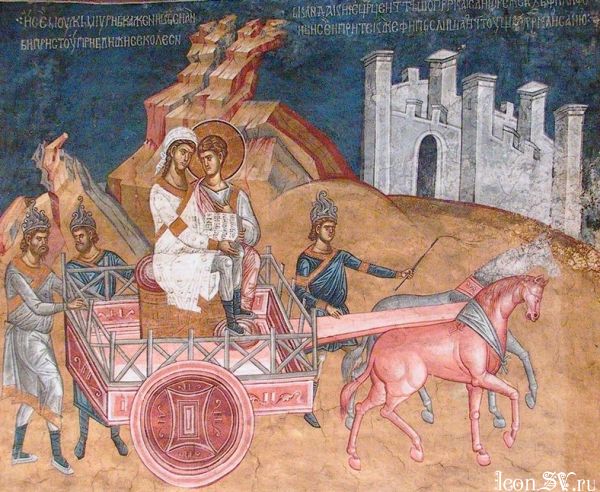