Our Holy Father Theophilus the Confessor 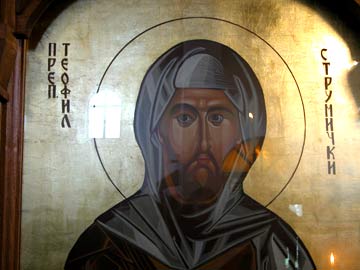 Saint Theophilus the Confessor of Bulgaria came from the area surrounding Tiberiada. When he was thirteen, the saint secretly left his home to go off to the monastery on Mount Selenteia. There he matured spiritually under the guidance of the Elder, St Stephen. After three years St Theophilus was tonsured into monasticism. When the parents of the saint learned where their son was, they went to the monastery and asked the igumen to send Theophilus and several of the brethren to establish a new monastery closer to the their home. The igumen bade all the monks to fast and to pray, so that a sign might be received. On the third day a voice was heard in the church giving the blessing for Theophilus to start a new monastery, since he would become renowned for his many spiritual exploits.

During the period of the iconoclast controversy culminating in the reign of the iniquitous iconoclast emperor, Leo the Isaurian (717-741), St Theophilus openly revolted against the iconoclast folly. In accord with the emperor's orders, the saint was subjected to beatings and led through the city tied up like a criminal. The emperor then gave Theophilus over into the charge of the official, Hypatius who tried repeatedly to compel the confessor to renounce holy icons. Theophilus remained steadfast. Instead, he succeeded in converting Hypatius.

As proof of the validity of icons, Theophilus cited the brass serpent set up by Moses (Num 21:9), the corroboration of the Cherubim atop the Ark of the Covenant, and finally how the Savior Himself had given to Abgar, the Prince of Edessa, His Icon Not Made by Hands (August 16). Persuaded by this evidence, Hypatius gained the emperor's permission to set the saint free. The confessor returned to his monastery. He lived only a short time longer, and in the year 716 St Theophilus fell asleep peacefully in the Lord. 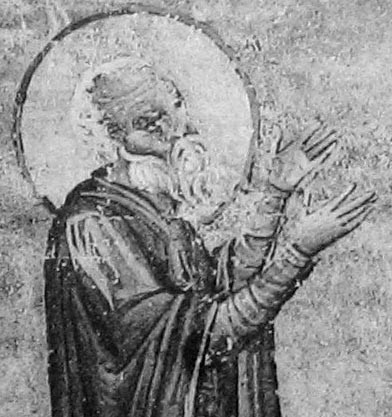