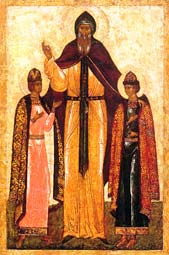 Saint Theodore was the eighth Archbishop of Canterbury (668-690), and one of England's great saints. He was a Greek from Tarsus, the home of St Paul. He was a highly-educated monk living in Rome who was quickly advanced through all the clerical ranks and consecrated as Archbishop of Canterbury at the age of sixty-five. St Adrian (January 9), an African who was the abbot of a monastery near Naples, was sent to assist St Theodore.

St Theodore arrived in Kent in 669, when he was almost seventy. In spite of his age, he was quite energetic, traveling throughout England founding churches and consecrating bishops to fill those Sees which were left vacant by an outbreak of plague. He also created new Sees and established a school in Canterbury where Greek was taught.

In Northumbria, St Theodore settled a dispute involving episcopal succession. St Wilfrid (October 12) had been elected Bishop of Lindisfarne (the See was later transferred to York), and he traveled to Gaul to be consecrated by a Roman bishop, because he would not accept consecration from a Celtic bishop. In the meantime, St Chad, or Ceadda (March 2), had been elected and uncanonically consecrated because Wilfrid remained in Gaul for three years. Although StTheodore deposed St Chad, he recognized his worthiness to be a bishop. He regularized the consecration, then sent St Chad to be Bishop of Mercia. St Wilfred was restored to his See.

St Theodore summoned a council of the entire English Church at Hertford in 672. Not only was this the first church council in England, it was the first assembly of any kind attended by representatives from all over the country. In 679 he convened another synod at Hatfield to maintain the purity of Orthodox doctrine and to condemn the heresy of Monothelitism.

St Theodore fell asleep in the Lord in 690, and his body remained incorrupt for a long time. Under his leadership, the English Church became united in a way that the various tribal kingdoms did not. The diocesean structures which he established continue to serve as the basis for church administration in England. He was respected for his administrative skills, and also for his moral and canonical decisions. 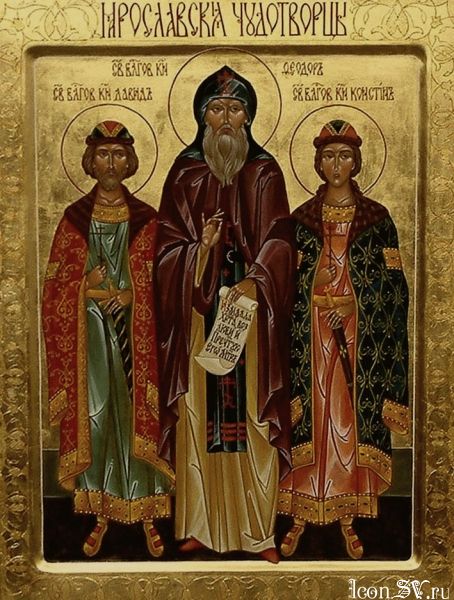