St Andrew the Fool for Christ 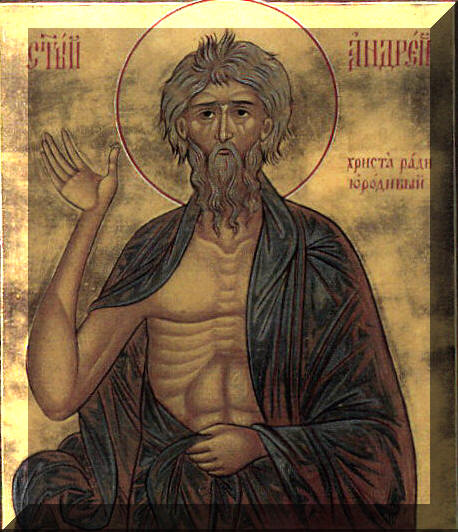 Blessed Andrew, Fool-for-Christ, was a Slav and lived in the tenth century at Constantinople. From his early years, he loved God's Church and the Holy Scriptures. Once during a dream, the saint beheld a vision of two armies. In the one were men in radiant garb, in the other, black and fiercesome devils. An angel of God, who held wondrous crowns, said to Andrew, that these crowns were not adornments from the earthly world, but rather a celestial treasure, with which the Lord rewards His warriors, victorious over the dark hordes. "Proceed with this good deed," the angel said to Andrew. "Be a fool for My sake and you will receive much in the day of My Kingdom."

The saint perceived that it was the Lord Himself summoning him to this deed. From that time Andrew began to go about the streets in rags, as though his mind had become muddled. For many years the saint endured mockery and insults. With indifference he underwent beatings, hunger and thirst, cold and heat, begging alms and giving them away to the poor. For his great forebearance and humility the saint received from the Lord the gift of prophecy and wisdom, saving many from spiritual perils, and he unmasked the impiety of many.

While praying at the Blachernae church, St Andrew beheld the Most Holy Mother of God, holding her veil over those praying under her Protection (October 1). Blessed Andrew died in the year 936. 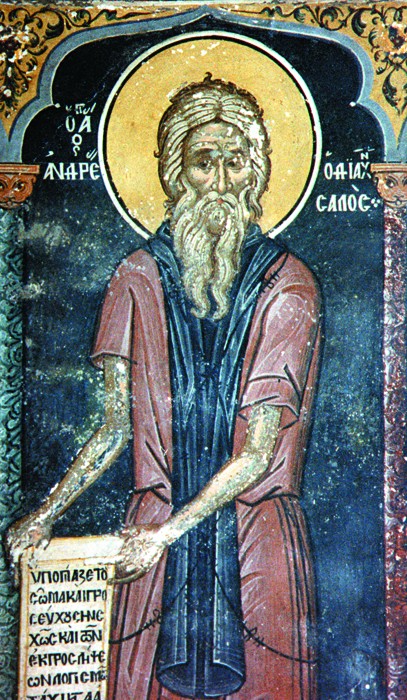