Hieromartyr Platon the Newmartyr of Banjaluka 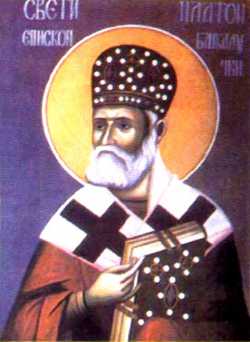 Saint Platon was born in Belgrade, on September 29, 1874. His parents Ilija Jovanović and Jelka (maiden name Sokolović) were from Herzegovina. He attended primary school in Vranje and Nis, and then continued his education in the Seminary in Belgrade. Milivoje took monastic vows as the third-grade pupil of the Belgrade Seminary. Having completed seminary, he was ordained a deacon and afterwards presbyter. In 1896, he was sent in the Serbian mission in Moscow, where he continued his theological education at the Moscow Theological Academy. He completed his studies in 1901. Returning from Russia, he was appointed the head of the Rakovica Monastery in Belgrade. Soon afterwards he was appointed professor. He worked as professor in Aleksinac and Jagodina, and during this period he was raised to the ranks of syncellos, protosyncellos, and archimandrite.

In 1912, during the war, Archimandrite Platon was assigned as a brigade priest. During World War I, he was assigned as a military priest. For a short period of time Platon was an administrator of the Ochrid Diocese. He spent the period of occupation in Serbia, and with the help of his acquaintances abroad, he managed to render aid to all the people who suffered afflictions - especially orphans and widows. From 1932 to 1938 he was the manager of the monastery printing office in Sremski Karlovci, as well as the editor of the " Glasnik Srpske Patriaršije". Archimandrite Platon was also the head of the Krusedol Monastery. In 1936, he was elected auxilary Bishop of moravice. Platon was consecrated bishop by Patriarch Varnava, Metropoliatan Dositej of Zagreb, Metropolitan Anastasije, head of ROCOR, bishop Irinej of Bačka, bishop Makarije of Boston (he was also from ROCOR) and auxilary bishop of Srem Sava October 4/17, 1936 in Sremski Karlovci. June 22/July 5 1938, he was elected the Bishop of Ohrid and Bitolj. He was transferred to see of Banja Luka December 8/21 1939. Platon was the Bishop of Banja Luka when the World War II came in Yugoslavia.

The territory of his diocese became part of so-called Independent State of Croatia. Since he was a Serb born in Serbia, not in Bosnia, he was told to leave Banja Luka. He wrote back: "The authorities appointed me Bishop of Banja Luka lawfully, according to canon law; having such a position I took the obligation before God, Church, and people, that inseparably binding my life and my destiny with the life and destiny of my spiritual flock, to take care of my spiritual flock permanently and firmly, regardless of any events, and to stay on its spiritual path all the time of my life given to me by God, persevering in my staying with the flock as a good shepherd who gives his soul for his sheep…"

He asked a Roman Catholic bishop, Dr. Jozo Garić (who was a Croat like Ustašas) to intervene with the authorized military officer and let him stay for two or three days more so that he could prepare for the departure. This Bishop told him to be calm and peaceful. However, the Ustaše arrested Bishop Platon the very next night, May 5, 1941, and took him, together with priest Dušan Subotić, who was hierarchal administrator from Bosanska Gradiska, somewhere out of Banja Luka. The two of them were killed there and their corpses were cast into the Vrbanja River. Ustasa Asim Celic committed this repulsive deed. The bishop's corpse, which was scarred and disfigured, was found in the village of Kumsale, on May 23, 1941. He was buried in a military graveyard in Banja Luka. Then in 1973, his remains were transported to the Banja Luka Cathedral for reburial. 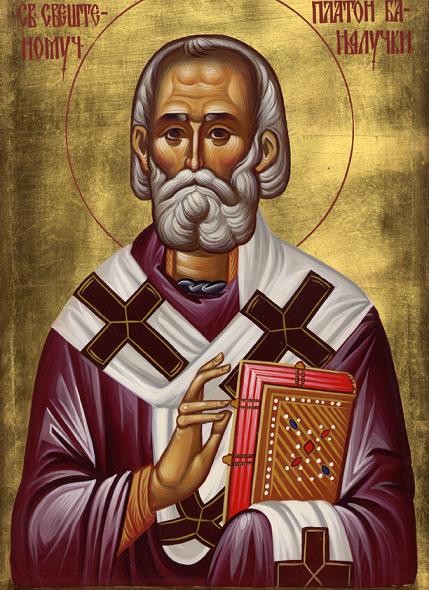 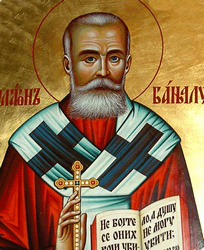