The Holy Martyrs Juventius and Maximus 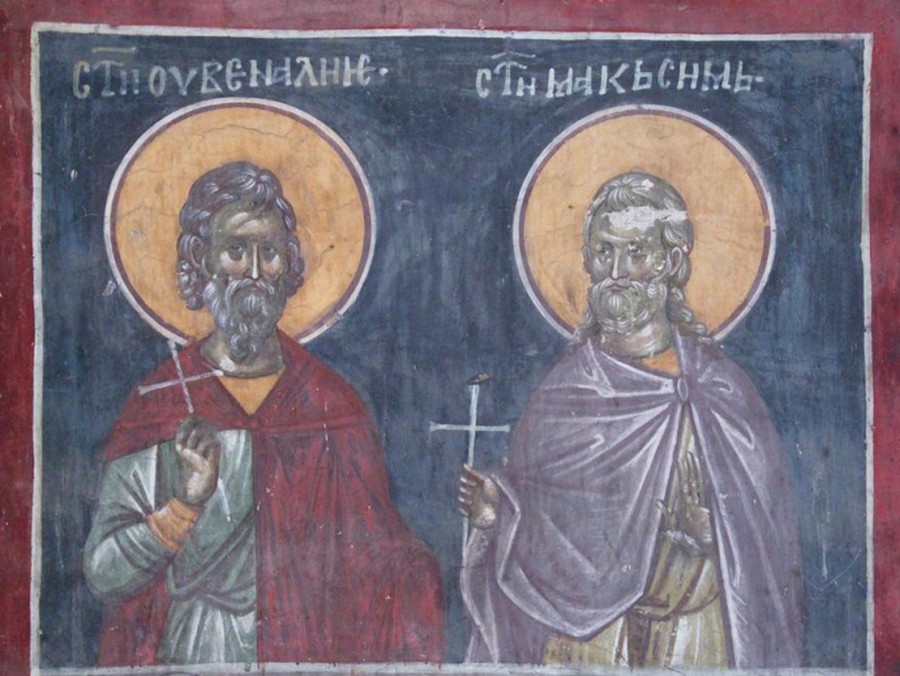 The martyred soldiers Juventinus and Maximus suffered during the reign of the emperor Julian the Apostate, whom they served as bodyguards. Once, while he was at Antioch, Julian decided to defile the food of the Christians by sprinkling all the food in the marketplaces with blood offered to idols. Sts Juventinus and Maximus openly condemned the emperor's course of action and they boldly denounced him for his apostasy from the Christian Faith. After merciless beatings they were both put to death on orders of the impious emperor.