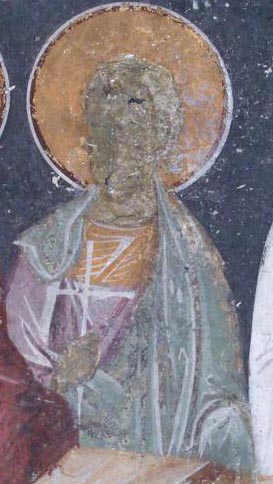 The Martyr Tation lived in Bythnia and suffered under the emperor Diocletian (284-305). When the persecutors of Christians learned that he believed in Christ, they arrested him and took him to the city of Claudiopolis to the governor, Urban.

Many times they urged the saint to deny Christ, and they locked him in prison and gave him over to various tortures. They beat him with sticks and dragged him beyond the city for execution. The holy martyr, after making the Sign of the Cross, died along the way.