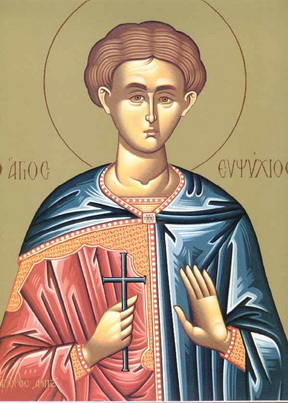 The Holy Martyr Eupsychius was born in Caesaria, Cappadocia. In one of the Synaxaria he is called the son of a senator Dionysius. During a time of a persecution against Christians under Hadrian, he was arrested and tortured. After the torture they threw him into prison, where he was healed of his wounds by an angel.

When they set the martyr free, he distributed all his property to the poor. He gave away a certain portion even to his enemies, who had reported him and given him over to torture. Under a new governor, St Eupsychius was again arrested. They hung him up and cut his body with iron hooks, and then they cut off his head with a sword. The martyr died under the emperor Hadrian (117-138). 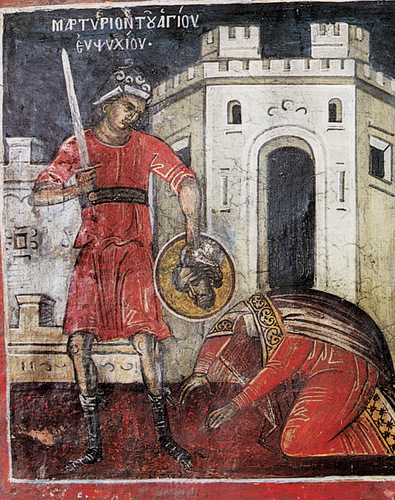