The Holy Apostles Euodus and Onesiphorus 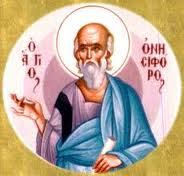 The Holy Apostle Evodius of the Seventy was, after the holy Apostle Peter, the first bishop in Syrian Antioch. His successor, the Hieromartyr Ignatius the God-Bearer (December 20), disciple of the holy Apostle John the Theologian, mentions him in his Letter to the Antiochians: "Remember your blessed father Evodus, who was made your first pastor by the Apostles."

St Evodius served as bishop for 27 years and died as a martyr under the emperor Nero (54-68). St Evodus wrote several compositions. In one of them he writes that the Most Holy Virgin Mary gave birth to the Savior of the world at the age of fifteen.

Other writings of the saint have not survived. A book entitled THE STAR is mentioned by the fourteenth century church historian Nicephorus Callistus. St Evodus received the crown of martyrdom in the year 66.

The Holy Apostle Onesiphorus of the Seventy St Paul writes of him: "God grant mercy to the house of Onesiphorus, for he often refreshed me, and was not ashamed of my bonds. When he was at Rome, he searched for me with great diligence, and found me. May the Lord grant him to find the mercy of the Lord on that day; and you know how much he served me at Ephesus." (2 Tim 1:16-18).

St Onesiphorus was bishop at Colophon (Asia Minor), and later at Corinth. He died a martyr in the city of Parium (not far from Ephesus) on the shores of the Hellespont, where he had gone to proclaim Christ among the local pagans. 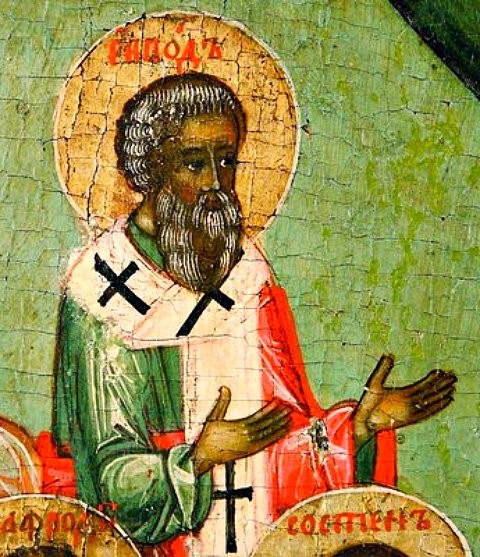