The Holy Martyr Romulus, and the 11,000 soldiers 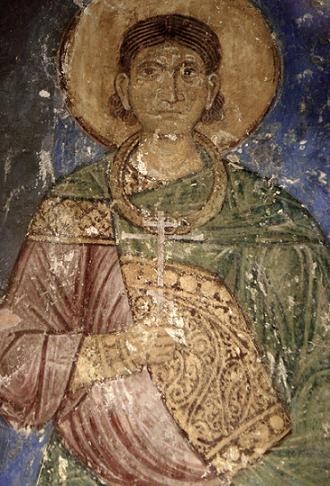 The Martyr Romulus lived during the reign of the emperor Trajan (98-117) and was a confidant of the emperor by virtue of his office of military commander. While the emperor was waging war in the East to put down the uprisings of various peoples against the Romans, the Iberians, the Sarmatians, the Arabs.

In the year 107, and again a second time in 115, the emperor conducted a review of the military strength of his army, and found in his troops upwards of 11,000 Christians. Trajan immediately sent these Christians into exile in Armenia in disgrace. St Romulus, in view of this, reproached the emperor for his impiety and the sheer folly to diminish the army's strength during a time of war. St Romulus, moreover, acknowledged that he himself was a Christian. The enraged Trajan had the holy martyr subjected to a merciless beating, after which St Romulus was beheaded.

The Christian soldiers sent into exile in Armenia were killed by various forms of execution.