The Thousand and Three Martyrs of Nicomedia 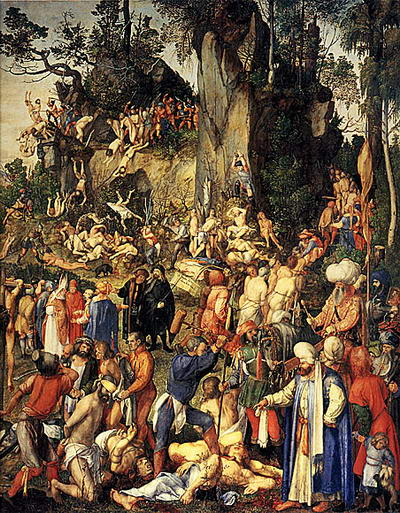 1003 Martyrs at Nicomedia, were servants of the four dignitaries Bassos, Eusebius, Eutychius and Basilides, who suffered for Christ with their wives (January 5) in the year 303 during the reign of the emperor Diocletian (284-305).

After the martyric death of their masters, the servants decided to follow their example, and they also confessed themselves Christians before Diocletian. Swayed neither by persuasion nor promises nor rewards, 1003 men, women, and small children were cut down by soldiers who formed a tight circle around them so that none of them remained alive.