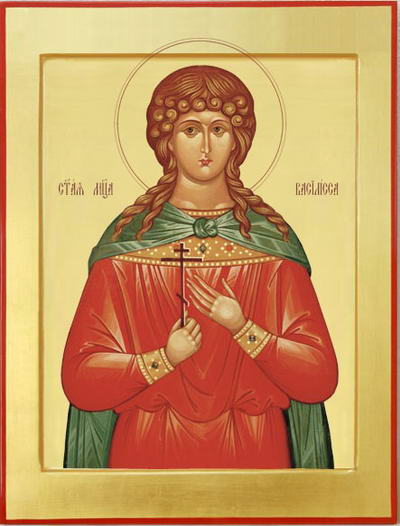 The Martyr Basilissa of Nicomedia suffered for her faith in Christ under the emperor Diocletian. The Nicomedia governor Alexander gave orders to arrest the nine-year-old Basilissa and force her to renounce Christ. But the young maiden displayed unshakable firmness in fidelity to her Lord, and so she was subjected to protracted and intense torture.

Through the grace of God, the holy martyr remained alive and unharmed. This was evident to all those present as a manifestation of the power of God, and it so upset the governor Alexander, that he also came to believe in Christ and confessed himself a Christian.

Baptized later by Bishop Anthimus, he lived for a short while in deep repentance, and then departed peacefully to the Lord, as did St Basilissa some while after him. Her death was peaceful and accompanied by miraculous signs of God's mercy. 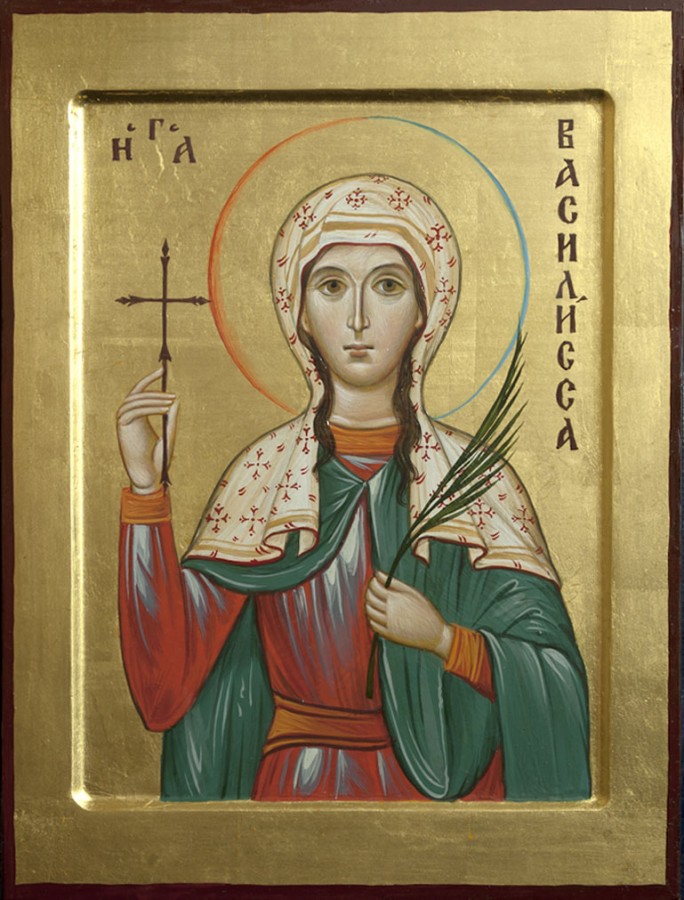