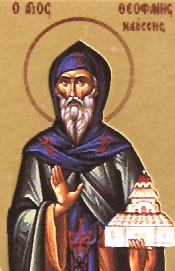 St Theophanes the New, a native of the city of Ioannina, lived during the sixteenth century. As a young man, he received monastic tonsure on Mount Athos at the Docheiariou monastery. He was later chosen igumen of this monastery because of his lofty virtue. In giving refuge to his own nephew (who had been forcibly converted to Islam) from the Turks who had captured Constantinople, St Theophanes, with the help of God, freed the youth, hid him in his own monastery and blessed him to enter the monastic life.

The brethren, fearing revenge on the part of the Turks, began to grumble against the saint. He, not wanting to be the cause of discord and dissension, humbly withdrew with his nephew from the Docheiariou monastery, quit the Holy Mountain and went to Beroea. There, in the skete monastery of St John the Forerunner, St Theophanes built a church in honor of the Most Holy Theotokos. And as monks began to gather, he gave them a cenobitic monastic rule.

When the monastery flourished, the saint withdrew to a new place at Naousa, where he made a church in honor of the holy Archangels and founded there also a monastery. To the very end of his days St Theophanes did not forsake guiding the monks of both monasteries, both regarding him as their common father.

In a revelation foreseeing his own end and giving his flock a final farewell, the saint died in extreme old age at the Beroeia monastery. Even during life the Lord had glorified his humble saint: saving people from destruction, he calmed a storm by his prayer, and converted sea water into drinking water. Even after death, the saint has never forsaken people with his grace-filled help. 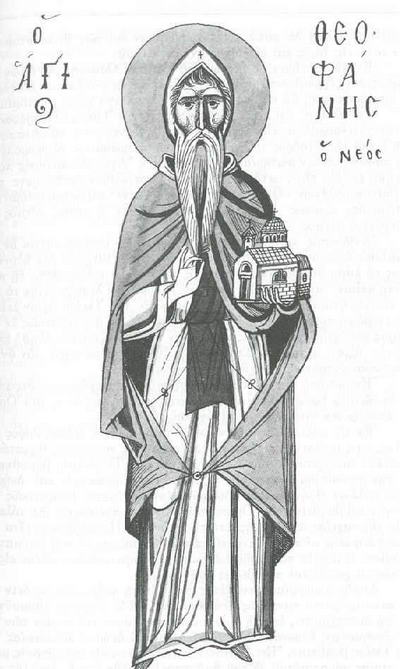 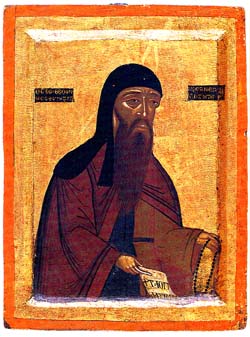