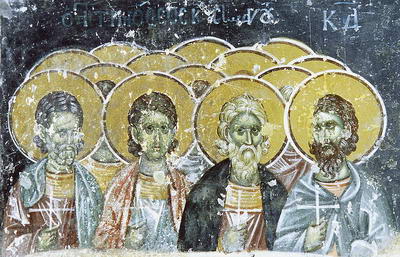 The Martyrs Timothy, Agapius and Thekla suffered martyrdom in the year 304. The Martyr Timothy was a native of the city of Caesarean Palestine. He studied the Holy Scripture, and having received a special gift of eloquence, he became a teacher of the Christian Faith.

During the time of persecution against Christians under the co-emperors Diocletian (284-305) and Maximian (305-311), the martyr was brought to trial by the governor Urban. St Timothy fearlessly declared himself a Christian and spoke about the love of the Lord Jesus Christ for mankind and of His coming into the world for their salvation. The martyr was subjected to cruel torture, and when they saw that he remained down, they killed him.

And in this same town and year the Martyrs Agapius and Thekla were condemned. They were thrown to be eaten by wild beasts, and suffering in this manner, they received their heavenly crowns. 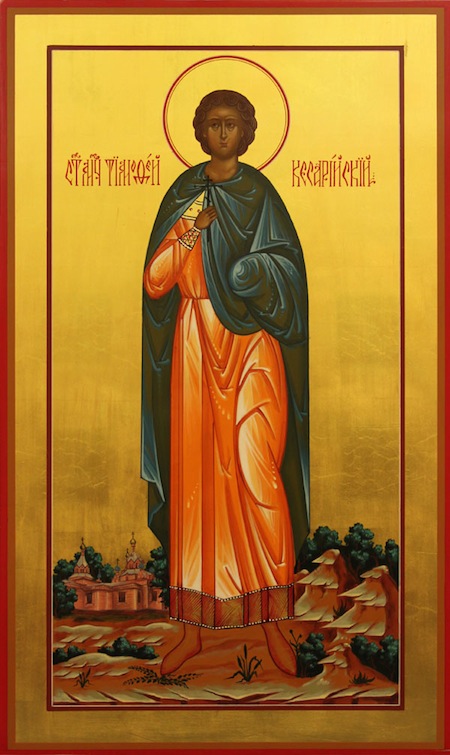 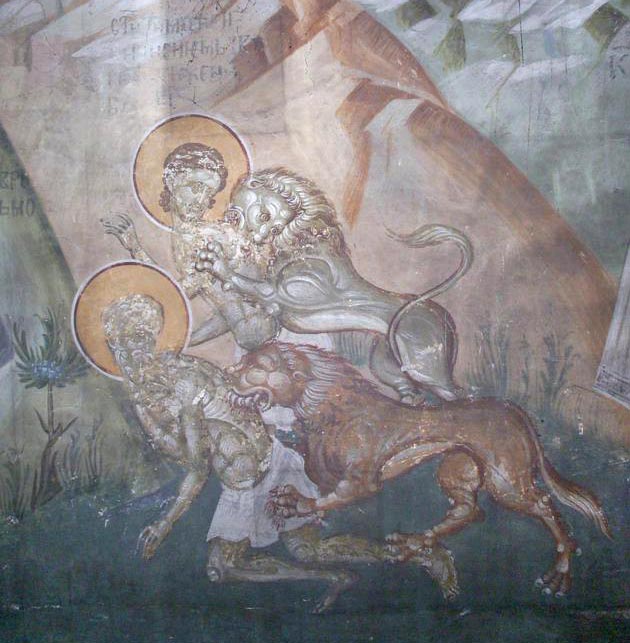