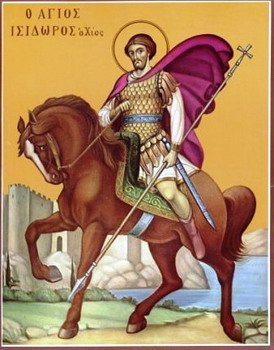 In the reign of the Emperor Decius, this Isidore was taken by force by soldiers from the island of Chios. He had held the Christian faith from his youth, and had spent his life in fasting, prayer and good works. So when, in the army, he declared himself to be a Christian, the commander took him to task for it, and urged him to deny Christ and offer sacrifice to idols. The saint replied: 'Even if you kill my body, you have no power over my soul. I have the true and living God, Jesus Christ, who lives in me and will be with me at my death; and I am in Him and shall remain in Him, and will not cease to confess His holy name while the spirit is in my body.' The commander ordered that they first beat him with iron flails and then cut out his tongue. But, even without his tongue, Isidore was able to speak, and confessed the name of Christ by the Spirit of God. Meanwhile the punishment of God struck the commander, and he suddenly became mute. The mute commander finally gave the signal to behead Isidore. Isidore rejoiced at this sentence and, praising God, went out to the scaffold, where his head was cut off in the year 251. His friend, Ammon, buried his body and, after that, himself suffered and received the wreath of martyrdom.

Enlisted by the King of the Ages,
you spurned the earthly king and his army to boldly preach Christ our God.
Therefore, you have completed your contest and shine forth as His glorious martyr.
Entreat Him to save our souls, for we honor you, blest Isidore.

In your combat with the dragon,
You gained the victory, O martyr Isidore.
As a radiant beacon from Egypt,
You shone forth to illumine all under the sun,
advancing towards Him who shone forth from the Virgin Mother of God,
for whose sake you were slain, O Passion-Bearer,
offering yourself as a fragrant sacrifice.

You have been revealed as a great guide to the world through your prayers, O holy one.
Therefore, we praise you today,
divinely-wise martyr, glorious Isidore. 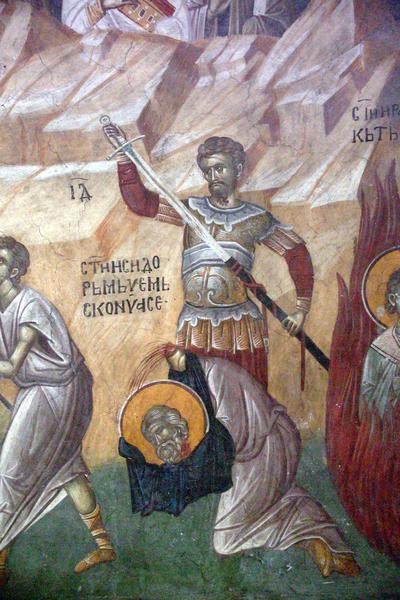 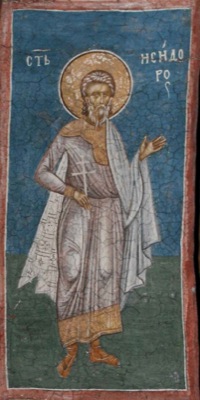 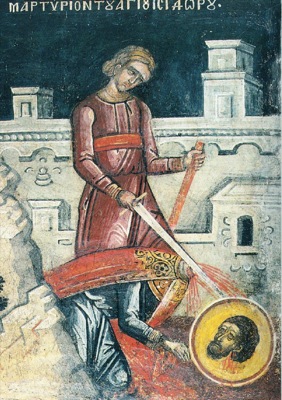 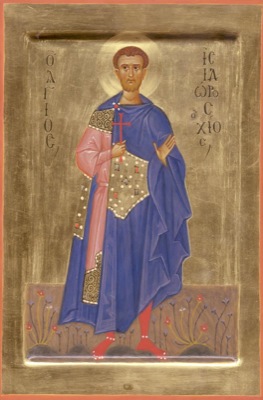 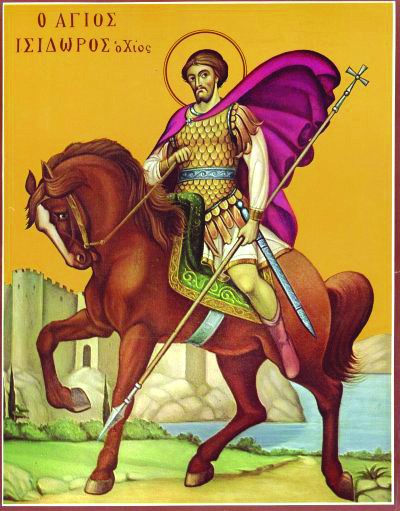