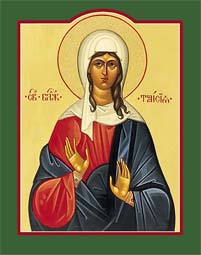 Saint Thais lived in Egypt in the fifth century. Left an orphan after the death of her wealthy parents, she led a pious life, distributing her wealth to the poor, and she gave shelter to pilgrims on her estate. She decided that she would never marry, but would devote her life to serving Christ.

After spending all her inheritance, Thais was tempted to acquire more money by any means, and began to lead a sinful life. The Elders of Sketis near Alexandria heard of her fall, and asked St John the Dwarf (November 9) to go to Thais and persuade her to repent. "She was kind to us," they said, "now perhaps we can help her. You, Father, are wise. Go and try to save her soul, and we will pray that the Lord will help you."

The Elder went to her home, but Thais's servant did not want to allow him into the house. St John said, "Tell your mistress that I have brought her something very precious." Thais, knowing that the monks sometimes found pearls at the shore, told her servant to admit the visitor. St John sat down and looked her in the face, and then began to weep. Thais asked him why he was crying. "How can I not weep," he asked, "when you have forsaken your Bridegroom, the Lord Jesus Christ, and are pleasing Satan by your deeds?"

The Elder's words pierced the soul of Thais like a fiery arrow, and at once she realized how sinful her present life had become. In fear, she asked him if God would accept the repentance of a sinner like her. St John replied that the Savior awaited her repentance. That is why He came, to seek and to save the perishing. "He will welcome you with love," he said, "and the angels will rejoice over you. As the Savior said Himself, one repentant sinner causes the powers of Heaven to rejoice (Luke 15:7).

A feeling of repentance enveloped her, and regarding the Elder's words as a call from the Lord Himself to return to Him, Thais trembled and thought only of finding the path of salvation. She stood up and left her house without speaking to her servants, and without making any sort of disposition of her property, so that even St John was amazed.

Following St John into the wilderness, she hastened to return to God through penitence and prayer. Night fell, and the Elder prepared a place for Thais to lay down and sleep. He made a pillow for her from the sand, and he went off somewhat farther, and went to sleep after his evening prayers.

In the middle of the night, he was wakened by a light coming down from the heavens to the place where Thais was at rest. In the radiant light he saw holy angels bearing her soul to Paradise. When he went over to Thais, he found her dead.

St John prayed and asked God to reveal to him whether Thais had been saved. An angel of God appeared and told him, "Abba John, her one hour of repentance was equal to many years, because she repented with all her soul, and a compunctionate heart."

After burying the body of the saint, St John returned to Sketis and told the monks what had happened. All offered thanks to God for His mercy toward Thais who, like the wise thief, repented in a single moment. 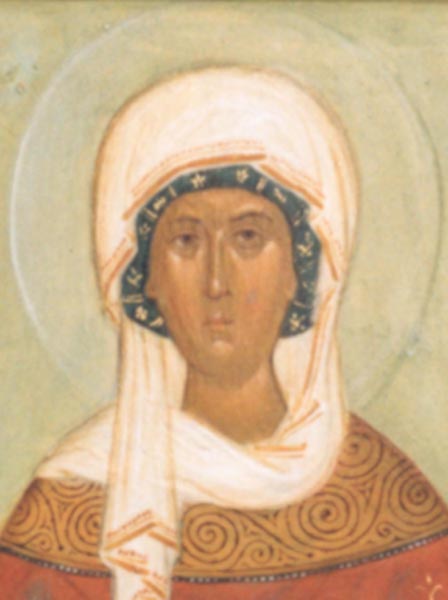 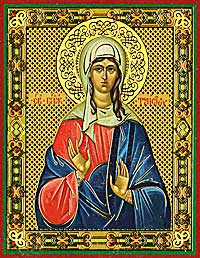 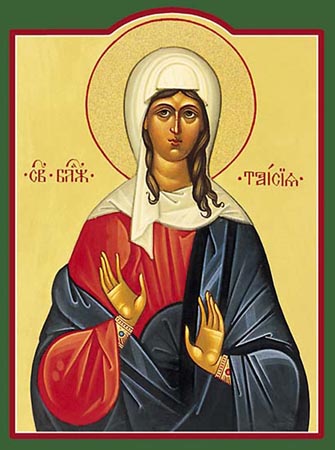