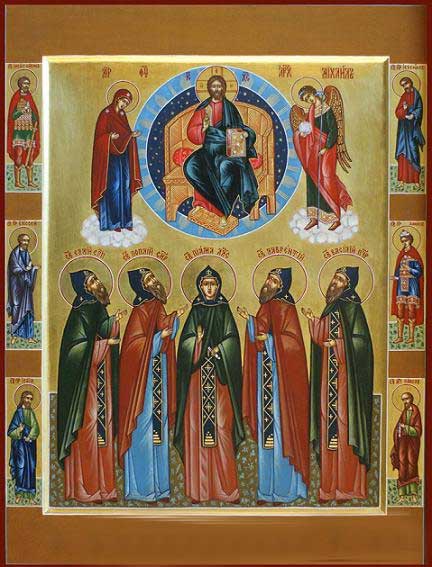 Saint Publius of Syria was born in the city of Zeugma on the Euphrates and was a senator. Renouncing the world, he gave away his possessions, became a monk, and lived an ascetical life in a cave on a mountain in the Syrian wilderness.

St Publius founded two monasteries: one for Greeks, and another for Syrians. He died in the year 380. Of his disciples, Sts Theoteknos, Theodotus, Gregory, and Aphthonius were particularly known for the sanctity of their life.

St Publius guided the monastery for over forty years, was eventually made an archimandrite. Though elevated in rank, he changed neither his garb nor his manner of life, but remained a strict ascetic.