The Holy Martyrs Pasicrates and Valentine 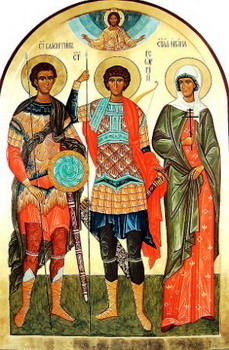 The Martyrs Pasikrates and Valention came from the city of Durostorum, Silistria (now Bulgaria) and were soldiers under the governor Absolanus. Pasikrates was twenty-two years old, and Valention was thirty.

When a persecution against Christians began, Sts Pasikrates and Valention openly confessed their faith in Christ. At the trial Pasikrates spit at the idol of Apollo, and refused to offer sacrifice.

The brother of St Pasikrates wept and urged him merely to appear to offer sacrifice to the idols. The martyr placed his hand on the sacrifice in the fire and said, "The body is mortal and burns in the fire, the soul, however, is immortal and is not harmed by these torments." St Valention also showed his readiness to suffer for Christ.

When they led the martyrs to execution, the mother of St Pasikrates followed them and exhorted her son not to fear death for Christ. Both martyrs were tortured and then beheaded in 288. 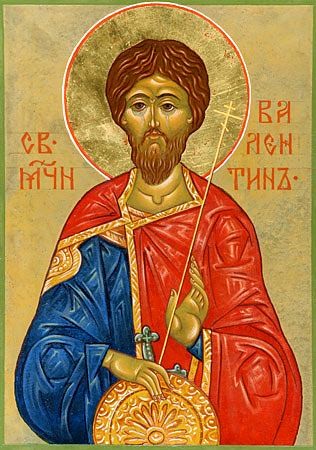