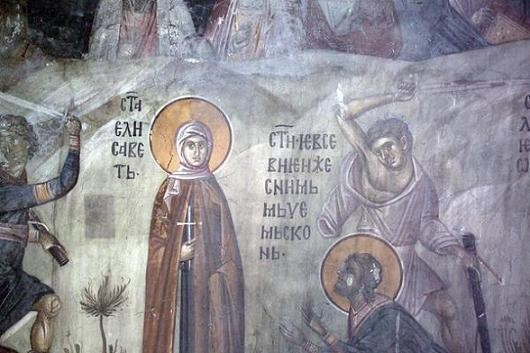 The Martyrs Eusebius, Neon, Leontius, Longinus, and 40 Others were present at the sufferings of the Great Martyr George (April 23), through which they came to believe in Christ. They were then locked up in prison. After the execution of St George, the emperor Diocletian (284-305) issued an edict stating that all the prisoners were to offer sacrifice to the idols. The martyrs refused. They were beaten with iron rods, almost exposing their inner organs, and then their heads were cut off with a sword.