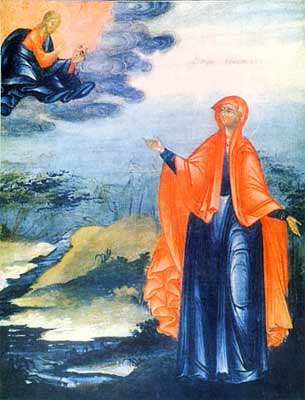 Saint Elizabeth the Wonderworker was from Constantinople, and was chosen for the service of God at birth. It was revealed to her mother that the girl would become a chosen vessel of the Lord (Acts 9:15).

The parents sent their daughter to a monastery as a child. She grew up in an atmosphere of fasting and constant prayer, and received the gift of healing physical and spiritual infirmities.

The sisters chose her to be abbess of the Sts Cosmas and Damian Monastery. She wore a coarse hairshirt all year round. Her body was chilled in winter, but her spirit blazed with ardent love for God.

The saint's asceticism was very strict. For many years she ate only grass and vegetables, but would not partake of bread, wine, or oil. Many times St Elizabeth ate nothing at all during the forty days of the Great Fast. Imitating the Publican in humility, for three years she did not lift up her eyes to the heavens, but she looked constantly to God with her spiritual eyes. At midnight prayers, the saint shone with a heavenly light.

St Elizabeth performed many miracles: a vicious serpent was killed by her prayer, she healed a woman with issue of blood who had been ill for many years, and she cast out unclean spirits from people. At her tomb many were healed of various illnesses, and the blind received their sight. Many were cured with just some earth from her grave.

We do not know exactly when St Elizabeth lived, but it was probably between the sixth and ninth centuries.

In you, O Elizabeth, was carefully preserved what is according to the image,
For you took up the Cross and followed Christ.
By so doing you taught us to disregard the flesh for it passes away,
But to care instead for the soul since it is immortal.
Therefore, O blessed Elizabeth, your spirit rejoices with the angels. 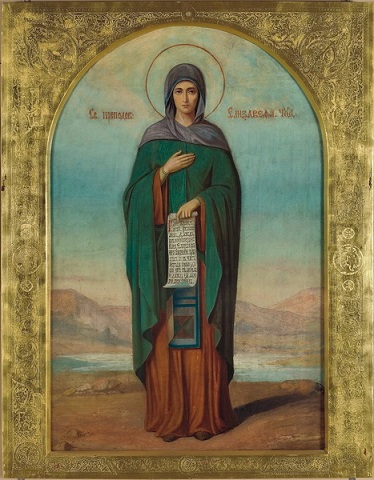