Venerable Stephen the Abbot of Chenolaklos Monastery, Near Chalcedon 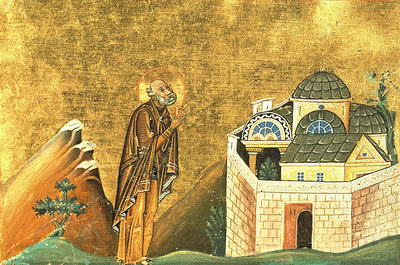 Saint Stephen lived during the eighth century. Impressed by the lives of the great ascetics, he made the rounds of many monasteries in Palestine, and in the wilderness visited also the great Fathers Euthymius the Great (January 20), Sava the Sanctified (December 5) and Theodosius the Great (January 11). Tonsured into monasticism, St Stephen founded his own monastery in Bithynia, near Mount Oxos near Chalcedon. Many monks gathered at the monastery near Moudania in Asia Minor, which was called “chenolakkos” [“by the goose-pond”].

The holy ascetic foresaw his own death, and certain of the brethren were granted to behold his glorious departure into Heaven with the angels.