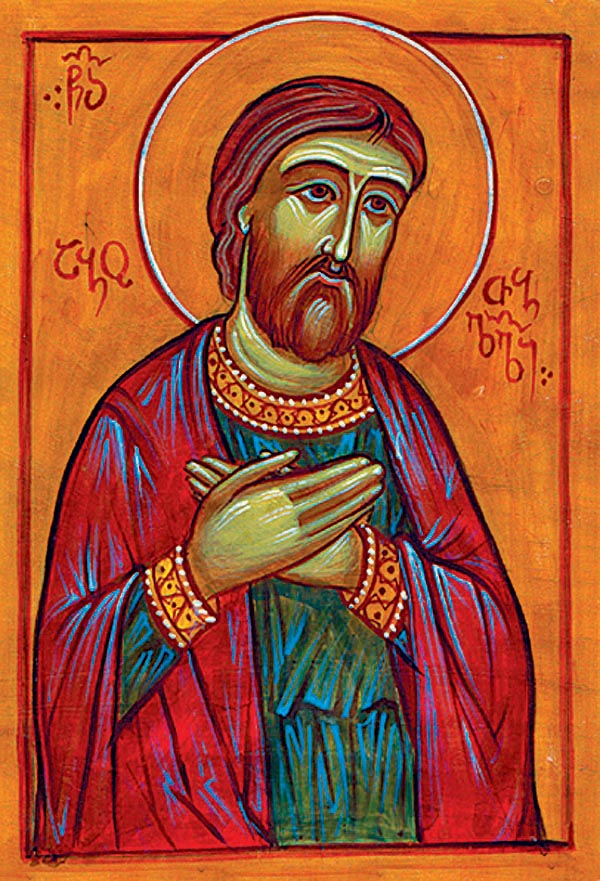 In the 8th century a Saracen army tyrannized Kartli as a first step towards overturning the Georgian nation. The invaders were certain that the best way to conquer Georgia was to uproot the Christian Faith. The Georgian people were alarmed, and the clergy and the best sons of Kartli sought desperately for a resolution to this calamity. Much blood was shed in 766 when theMuslim invaders crushed an uprising in the eastern region of Kakheti.

In 772, Caliph Al Mansur (754-775), dissatisfied with the provincial governor of Kartli, Duke Nerse, summoned him to Baghdad. Nerse spent the following three years in captivity. During that time he became acquainted with a seventeen-year-old perfumer named Abo, and when he was released he brought Abo back with him to Georgia. Abo was amazed at the great piety of the Georgian people, and he began to learn the Georgian language, attend the divine services, and speak with local priests. Abo sought with all his heart to become a Christian, and he was eventually baptized in Khazaria, while in the company of Duke Nerse.

Later, Abo accompanied the duke to Abkhazeti, to escape the Saracen raids. Discovering an entire population of Christians praising Jesus Christ with one heart and mouth, Abo gave great thanks to God for the opportunity to visit this area. Nerse later returned to Kartli, but Abo remained at the request of the Abkhaz king, who feared that the Saracens would torture Abo for his devout faith in Christ. Soon, however, Abo became restless and told the king, “Let me go, and I will freely declare my Christian Faith to those who hate Christ!”

Abo labored in Tbilisi for three years, preaching the Christian Faith. Then his own former countrymen betrayed and captured him, but he was released soon after at the request of the duke Stepanoz.

A new emir was appointed to rule in Tbilisi, and when the Christians heard that he was plotting to capture Abo, they begged him to conceal his identity. But Abo simply rejoiced and told them, “I am prepared not only to be tortured for Christ, but to die forHis sake as well.” As predicted, the emir’s servants captured Abo and brought him before a judge. The judge tried in vain to entice Abo to return to the faith of his ancestors. Then, in a rage, he ordered that Abo be cast into prison and that his hands and feet be fettered in chains. But his suffering for Christ filled the blessed Abo with even greater love, and he asked his Christian brothers and sisters to sell his clothes and use the money earned to buy candles and incense for local churches.

On the day of his execution Abo washed his face, anointed it with holy oil, partook of the Holy Gifts, and prepared for his death as though preparing for a feast. “Weep not, but rejoice, for I am going to my Lord. Pray for me, and may the peace of God protect you,” he cheerfully told the faithful Christians who surrounded him in his last hours.

When his time had come, St. Abo placed his arms on his breast in the form of a cross and joyously bowed his head beneath the sword. The executioners swung their swords three times in hopes of frightening Abo into denying Christ, but the blessed Abo stood unyielding until his last breath. Finally, convinced that all their efforts and cunning were in vain, the executioners were given a sign and they beheaded the holy Abo. Defeated and ashamed, Abo’s godless executioners tossed his body, his garments, and the earth that had been soaked with his blood into a sack, dragged it outside the city, and burned it near the Mtkvari River. Then they wrapped his ashes in sheepskin and cast them into the river.

In the evening a sign was given from above. Next to the Metekhi Cliff, by the bridge, a shining star hung over the river with its bright light reflecting in the water where the remains of the saint rested. Later, a chapel was built in honor of St. Abo on the left bank of the Mtkvari. 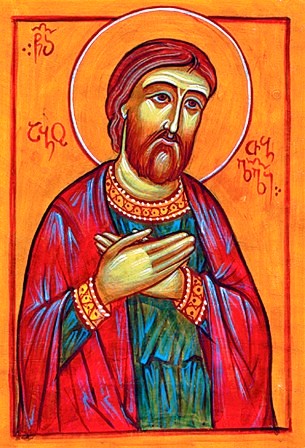