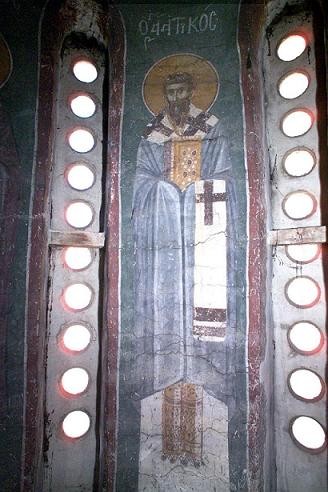 Born in Sebaste in Armenia, he was reared by monks who held to the heresy of Macedonius, which denied the uncreated divinity of the Holy Spirit; but when he came of age he rejected this error and embraced the Orthodox faith. He settled in Constantinople and became a priest in the Great Church. Though he had little formal education, his amazing memory, his zeal for Christ, and his powerful sermons recommended him to all, and he was elected Patriarch in 406, during the reign of the Emperor Arcadius. He served as shepherd to the Church for twenty years, ruling always with wisdom and moderation. Though he was unbending in upholding the Faith exactly, he took a conciliatory, persuasive approach to heretics and schismatics; in this way he was able to restore many to the Church rather than driving them away. His best-known single act is his restoration of the name of St John Chrysostom to the diptychs. Saint John had been unjustly denied commemoration in the Patriarchate since his exile, which had led to a schism; restoration of his commemoration not only corrected a grave injustice but healed a schism. Saint Atticus also presided over the rededication of the Agia Sophia, which had been burned in 404 in the rioting that followed St John Chrysostom's exile. He reposed in peace in 425.