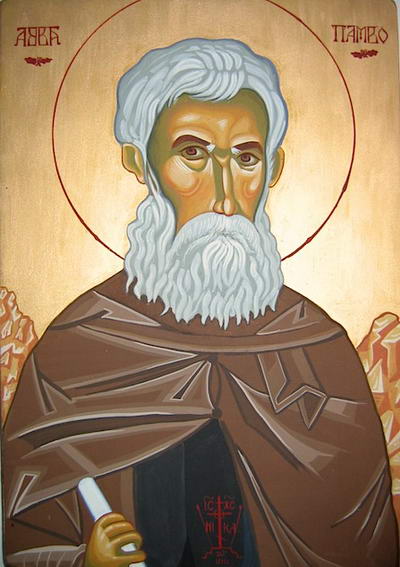 Saint Pambo lived the ascetic life in the Nitrian desert in Egypt. St Anthony the Great (January 17) said, that the Monk Pambo by the fear of God inspired within himself the Holy Spirit. And the Monk Pimen the Great (August 27) said: "We beheld three things in Father Pambo: hunger every day, silence and handcrafts". The Monk Theodore the Studite termed St Pambo "exalted in deed and in word."

At the beginning of his monasticism, St Pambo heard the verses from the 38th [39th] Psalm of David: "preserve mine path, that I sin not by my tongue". These words sank deep into his soul, and he attempted to follow them always. Thus, when they asked him about something, he answered only after long pondering and prayer. He would say, "I must think first, and perhaps I can, in time, give an answer, with God's help." St Pambo was a model of a lover of work for his disciples. Each day he worked until exhausted, and by the bread acquired by his own toil.

The disciples of St Pambo became great ascetics: Dioscorus, afterwards Bishop of Hermopolis (this Dioscorus, bishop of Hermopolis, is distinguished from another Dioscorus, an arch-heretic and Patriarch of Constantinople. He lived rather later and was condemned by the Fourth Ecumenical Council), and also Ammonius, Eusebius and Euthymius, mentioned in the life of St John Chrysostom. One time St Melania the Younger (December 31) brought St Pambo a large amount of silver for the needs of the monastery, but he did not leave off from his work nor even glance at the money that was brought. Only after the incessant requests of St Melania did he permit her to give the alms to a certain monastic brother for distribution to the needs of the monastery. St Pambo was distinguished by his humility, but together with this he highly esteemed the vocation of monk and he taught the laypeople to be respectful of monastics, who often converse with God.

It was said that sometimes St Pambo's face shone like lightning, as did the face of Moses. Yet, speaking to the brethren who stood about his deathbed, St Pambo said: "I go to the Lord as one who has not yet begun to serve Him." He died at the age of 70. 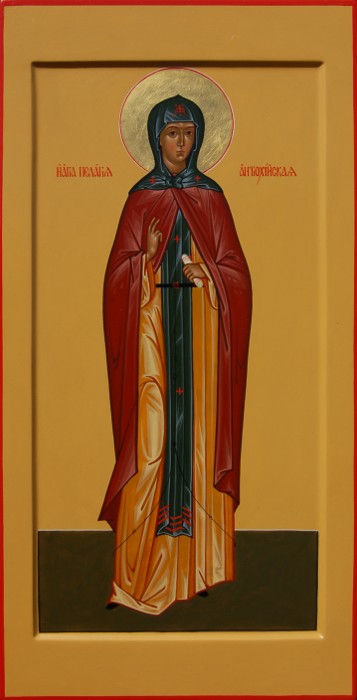