The Holy Martyrs Cerycus and Julitta 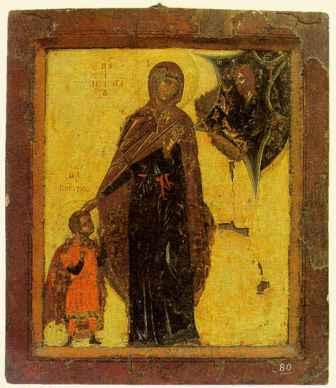 The Holy Martyrs Cyricus and Julitta lived in the city of Iconium in the province of Lykaoneia in Asia Minor. St Julitta was descended from an illustrious family and was a Christian. Widowed early on, she raised her three-year old-son Cyricus (Quiricus). During the emperor Diocletian's persecution of Christians, St Julitta departed the city with her son and two trustworthy servants, leaving behind her home, property, and servants.

Concealing her noble rank, she hid out first at Seleucia, and then at Tarsus. There around the year 305 she was recognized, arrested and brought to trial before the governor, Alexander. Strengthened by the Lord, she fearlessly answered the judge's questions, and firmly confessed her faith in Christ.

The governor gave orders to beat the saint with rods. During her torments St Julitta kept repeating, "I am a Christian, and will not offer sacrifice to demons."

The little boy Cyricus cried, seeing his mother being tortured, and wanted to go to her. The governor Alexander tried to sit him on his lap, but the boy broke free and shouted, "Let me go to my mother, I am a Christian." The governor threw the boy down from the high tribunal and kicked him down the stone steps. The boy struck his head on the sharp edges and died.

St Julitta, seeing her lacerated son, gave thanks to God that He had permitted her child to be perfected before her, and to receive the unfading crown of martyrdom. After many cruel tortures St Julitta was beheaded with a sword.

The relics of Sts Cyricus and Julitta were uncovered during the reign of St Constantine the Great (May 21). A monastery was built near Constantinople in honor of these holy martyrs, and a church was built not far from Jerusalem.

We pray to Sts Cyricus and Julitta for family happiness, and the restoration of sick children to health. 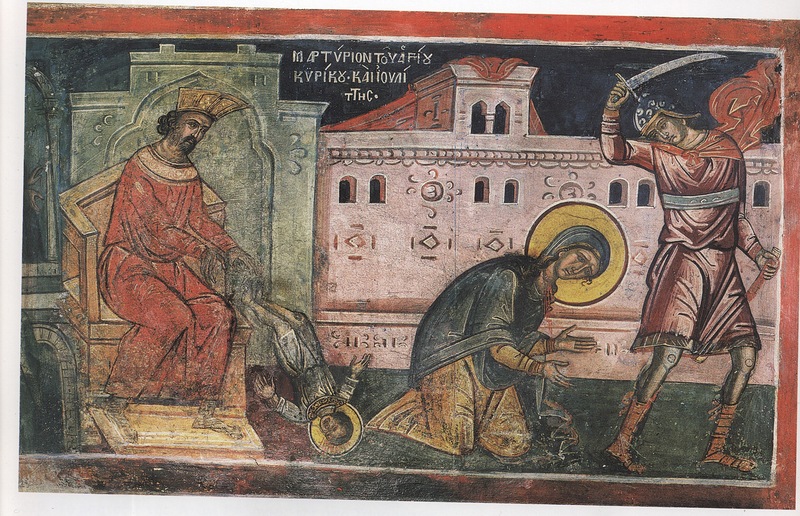