Saint Constantine (1205) and his children Sts. Michael and Theodore 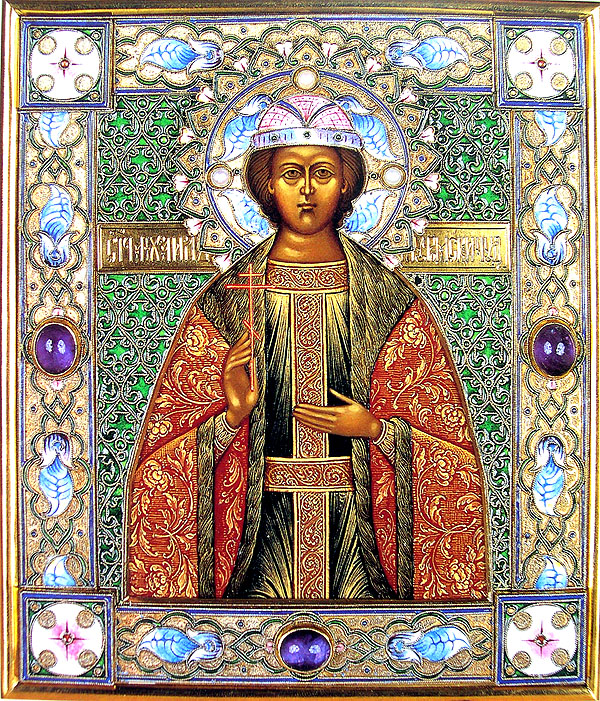 The Blessed Holy Princes Konstantin (Constantine) and his sons Michael and Theodore (Feodor) of Murom lived during the XI-XII Centuries. Blessed Prince Konstantin, a descendant of Equal-to-the-Apostles Vladimir, besought of his father, prince Svyatoslav of Chernigov, to give him as his appenage-holding the city of Murom, which was inhabited by pagans, so as to enlighten this land with the light of the Christian faith. The prince sent his son Michael in the capacity of emissary to the Muromsk people, but the pagans murdered him. When prince Konstantin arrived in the city with his retinue, the people quieted down and accepted him, but for a long time they would not consent to give up their paganism. One time they made their way down to the dwelling of the prince, with the intent to kill him, but the prince intrepidly came out to the crowd with the Icon of the Murom Mother of God. The mutinous people unexpectedly quieted down and consented to accept holy Baptism, which was made over them at the River Oka. At the place of the murder of his son Michael, Saint Konstantin built a church in honour of the Annunciation, and later on another church in the name of the holy Passion-Bearers Boris and Gleb. In the propagation of the Christian faith amongst the Muromsk people, prince Konstantin zealously assisted his son, prince Theodore. In 1129 Saint Konstantin died and was buried in the church of the Annunciation alongside his sons, Blessed Michael and Theodore. 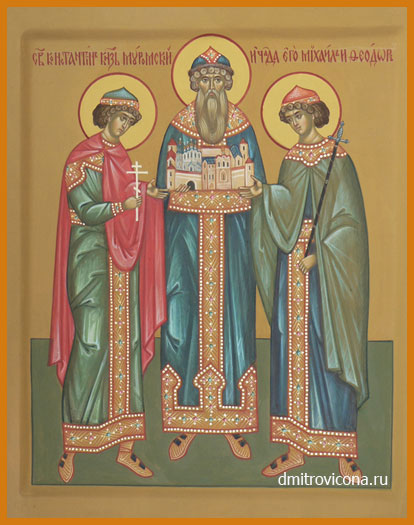