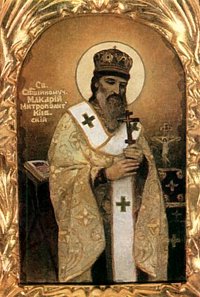 The PriestMartyr Makarii, Metropolitan of Kiev, was earlier the archimandrite of the Vilensk Holy Trinity monastery.
In 1495, after the death of the Kiev metropolitan, Jona with the Ankle, Makarii was chosen and ordained in his place by an assembly of hierarchs: Vassian of Vladimir, Luke of Polotsk, Vassian of Turov and Jona of Lutsk. Papers of blessing were sent from Constantinople by the patriarch, Nymphontes, confirming the selection of Saint Makarii to the Kiev metropolitan cathedra-seat. On 1 May 1497 Tatars which invaded the Russian Land killed the Metropolitan of Kiev and All Rus' Makarii in the village of Strigolovo, at the River Vzhischa, where the saint was making Divine-services. Together with him were killed or taken into captivity many of his flock.
The holy relics of Saint Makarii, glorified by God both undecayed and by miracles, rest now at Kiev at the Vladimir cathedral church. 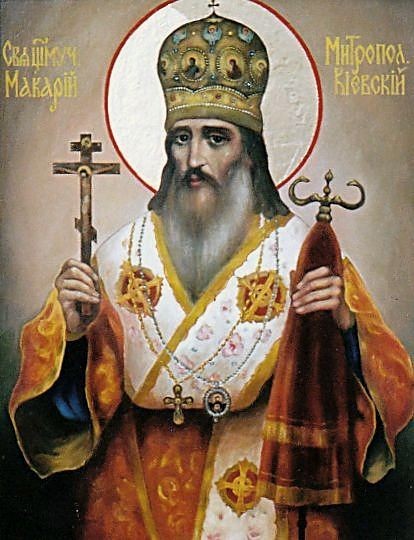