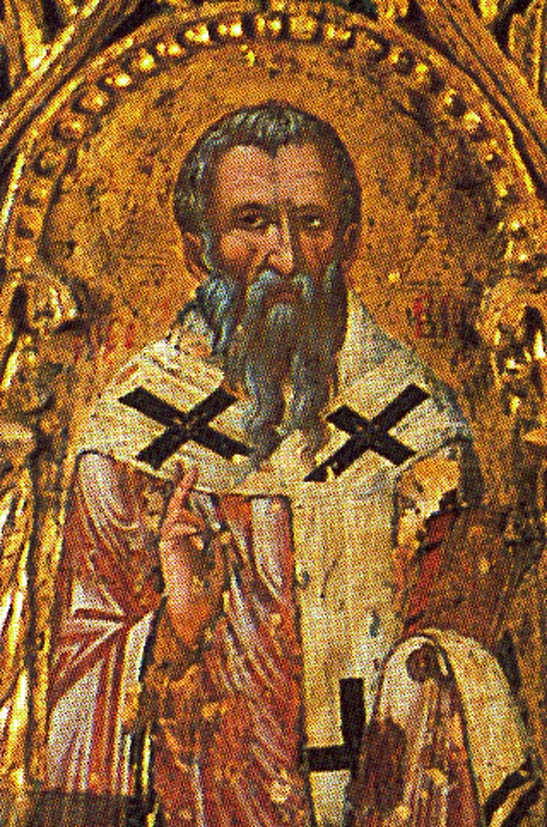 Saint Auxibius was born at Rome in a rich family. He was raised with his brother Tempstagoras, and from an early age he displayed remarkable talents. In the schools of Rome he easily learned the secular sciences. His parents wanted their son to marry. Learning of this, the youth secretly left Rome and journeyed to the East.

Arriving upon the island of Cyprus, he settled in the environs of Limnitis, not far from the city of Soli. By God’s dispensation, he encountered the holy Apostle and Evangelist Mark (September 27, October 30, January 4, April 25), preaching the Word of God at Cyprus. St Mark established Auxibius as bishop in the city of Soli, and himself went to preach at Alexandria.

St Auxibius went toward the western gates of the city and settled near the pagan temple of Zeus. Gradually he converted the local pagan priest and other idol-worshippers to Christianity. Once, St Heraklides (September 17) came to St Auxibius. He had been made a bishop in Cyprus earlier by St Mark, and he consulted with St Auxibius to preach the Gospel of ChriSt

One day, St Auxibius arrived at the marketplace and began to preach to the people about Christ. Many, seeing the miracles and the signs worked by the saint, believed in Christ. Among the converted were many people from the surrounding villages. One man, by the name of Auxinios, remained with St Auxibius and assisted him until the end of his days.

After a certain while Tempstagoras, the brother of St Auxibius, came from Rome. He was baptized with his wife, became a priest, and served in one of the churches. St Auxibius guided his diocese for fifty years and died peacefully in the year 102, leaving his disciple Auxinios upon the cathedra. 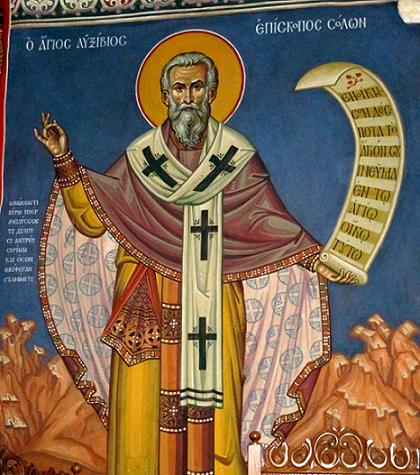