Our Holy Father Peter the Patrician 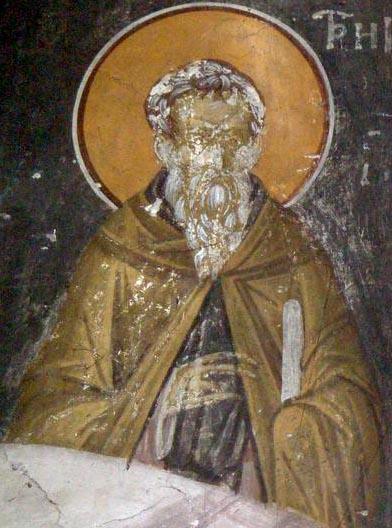 Saint Peter was born into a patrician family at Constantinople at the end of the eighth century. During the reign of the Byzantine emperor Nicephorus (802-811) Peter was commissioned as an officer and participated in the campaigns of the Greek army against Bulgaria. In one particular battle the emperor was mortally wounded, and Peter was one of many soldiers taken captive.

One night, while he was praying, the holy Evangelist John the Theologian appeared to him in a vision and released him from captivity. Having returned to Constantinople, St Peter left the world and withdrew into a monastery on Mount Olympos (in Asia Minor) and became a monk. There he passed his time in constant ascetic efforts for 34 years under the guidance of St Joannicius the Great (November 4). St Peter lived all his monastic life in strict fasting and constant vigil, wearing a prickly hair-shirt and going barefoot. He lived the final eight years of his life at Constantinople, where he founded a church and a monastery named for St Euandrus.

St Peter died in 854 in the seventieth year of his life, and was buried in his monastery.