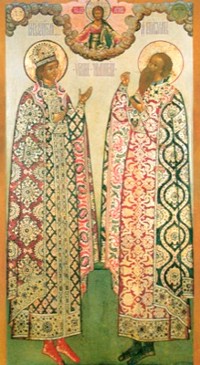 The Holy Right-Believing Prince Roman of Uglich, son of Prince Vladimir and Princess Photina of Uglich, and nephew of St Basil (Basilko) of Rostov (March 4), was born on October 1, 1235. Upon the death of his father (in 1248) and his older brother Andrew (in 1261), St Roman, at the age of twenty-six, took upon himself the governance of Uglich and became a father to his subjects.

He established a poor-house and took in the destitute, who came to him from everywhere. In the principality he built fifteen more churches. St Roman was present every day at the divine services, and he often conversed with pious monks.

After the death of his wife in 1280, he devoted himself entirely to ascetic exploits of fasting, prayer and works of righteousness. He built the city Romanov (now Tutaev) on the high bank of the Volga. The holy prince died peacefully on February 3, 1285 and was buried in the Church of the Transfiguration in Uglich.

In 1486, the relics of St Roman were found to be incorrupt and were transferred into the new cathedral Church of the Transfiguration. In the year 1595 with the blessing of Patriarch Job in consequence of the fame concerning miracles the relics were witnessed to by the Metropolitan (later Patriarch) St Hermogenes (February 17), and St Roman was numbered among the saints. In 1609, the holy relics were burned along with the church during an invasion by the Poles. 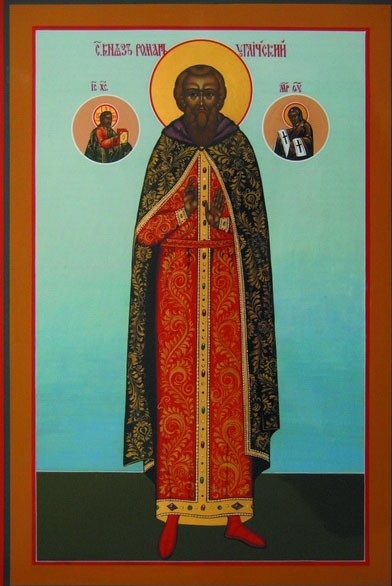