The Assembly of the Holy, Glorious and All-praised Apostles 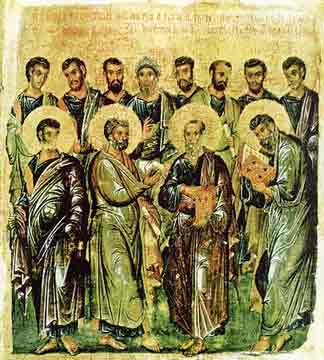 The holy God-crowned Emperor Constantine the Great (May 21) built a church in Constantinople in honor of the Twelve Apostles. There are instructions for celebrating this Feast which date from the fourth century.

First-enthroned of the apostles,
teachers of the universe:
Entreat the Master of all
to grant peace to the world,
and to our souls great mercy!

Podoben: “Seeking the highest...”
Today Christ the Rock glorifies with highest honor
Peter, the rock of faith and leader of the apostles,
together with Paul and the company of the twelve,
whose memory we celebrate with eagerness of faith,
giving glory to the One Who gave glory to them. 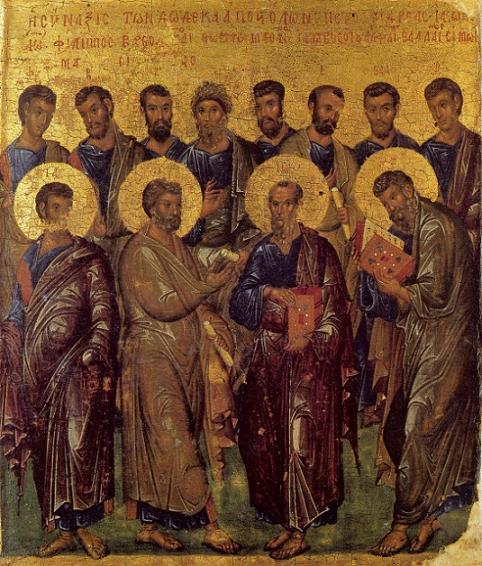